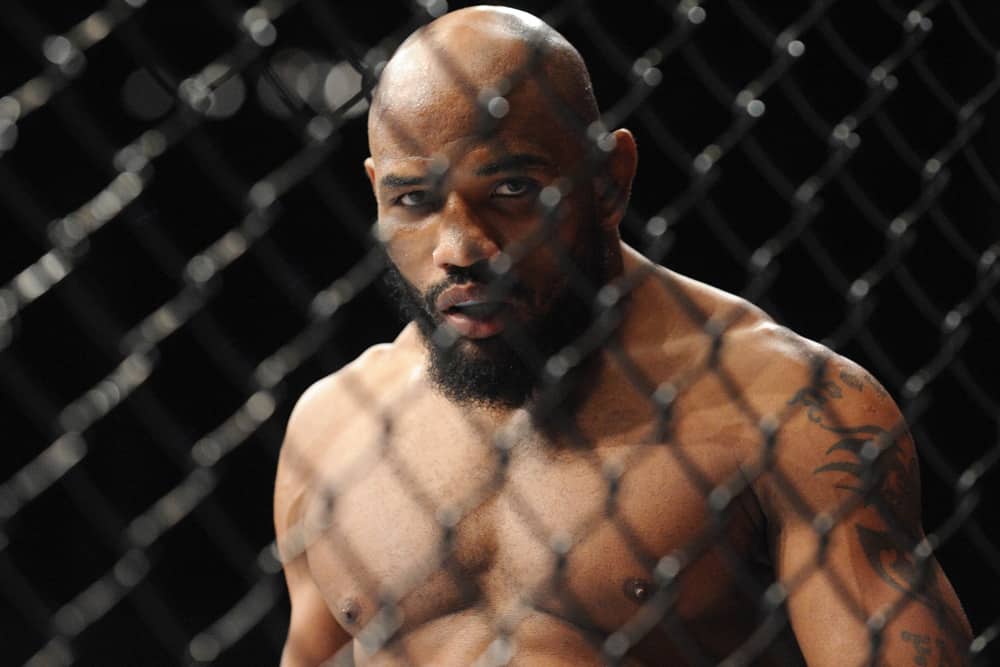 Not so fast. A fight was announced for UFC 230 involving Yoel Romero vs. Paulo Costa but a doctor has informed Romero that he will need much more time to heal before his next fight.

Speaking with Ariel Helwani on the Helwani’s MMA Show, Romero stated that his manager has informed him that UFC president Dana White said he can fight Costa just not right now.

“Maybe four or five months,” Romero said of his return. “The doctor said, ‘Yoel needs more time.’ You know me. If you give me somebody, I take it. But you need to be smart. When the doctor says, ‘You’re ready,’ you can go. I’m waiting.”

Romero (13-3) has missed weight for his last two middleweight bouts. Because of that many fans and prognosticators were under the impression that the Cuban star would be forced to move up in weight. However, Romero nixed that idea altogether.

“I talked with the UFC and said I’m not going to go up,” Romero said. “Maybe in the future. People need to see the belt on my body. When I take the belt, maybe I’ll go up and fight a superfight [against another champion].”

Romero told Helwani that he would like to return to the octagon by years end. He also revealed that he has just resigned a new eight-fight deal with the UFC so he sees no reason to rush his return.

“My eye is not ready,” Romero said. “I want to fight, but it is what it is. The doctor said, ‘Yoel cannot fight.’ I want to fight on this card, this show. Anytime you have an opportunity to fight at Madison Square Garden in New York, you’re making history. But I need to wait.”