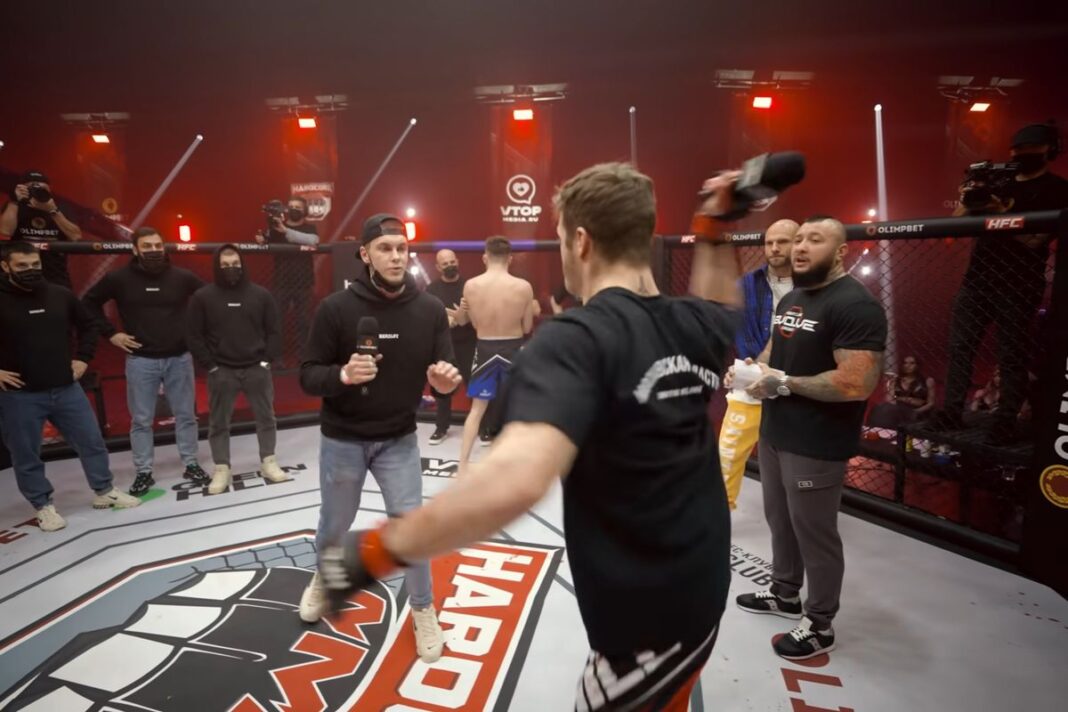 Chaos erupted in Russia this week when welterweight Dmitry Klimov pulled off a quick submission victory over Nazir Kishukov. After the fight, the real chaos started. Klimov and a post-fight challenger were in the cage after Klimov’s submission victory, and Klimov hit the challenger with the microphone he was using.

Take a look at how the chaos and brawl unfolded between the fighters.

While it gets broken up pretty quickly, it’s remarkable to see the microphone toss followed up by a kick and some punches thrown in there as well.

READ MORE:  Jon Jones Slams Critics Of His Latest Arrest: 'Your Priorities Are In The Wrong Place'

While the post fight brawl is the headline here, the submission itself shouldn’t go unnoticed. It was an impressive armbar finish, getting the tap in less than 2 minutes into the first round.

While the post-fight brawl may have tarnished his spectacular performance, it will build towards Klimov’s next fight.

What would happen if we saw this happen in the UFC?

Khabib Nurmagomedov Breaks Down What Made Georges St-Pierre Great