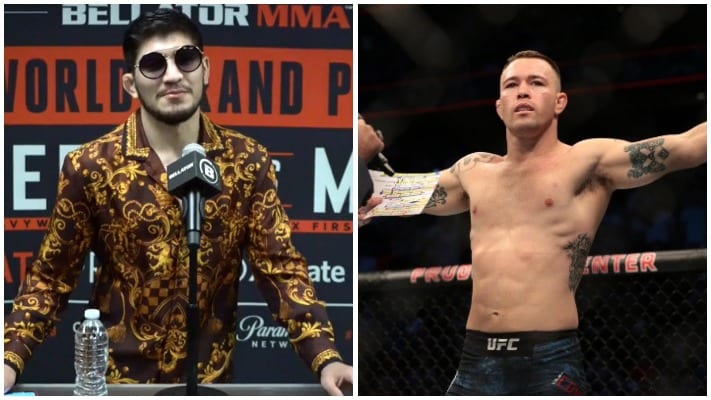 Colby Covington opened many eyes about his ability to fight during his UFC Newark performance. Dillon Danis was not impressed, though.

Covington dominated Robbie Lawler over five rounds to win a lopsided unanimous decision in their UFC Newark headliner last night. Despite his brash attitude and antics, even his detractors couldn’t deny that Covington was the real deal as he backed up his trash talk.

However, Danis found faults with the performance and believes he would put a beating on “Chaos”:

“Colby is so sloppy i thought I was watching ufc 1 with those choke attempts ? if we fought the cops couldn’t even save him from the beating i would put on his b*tch ass,” Danis tweeted.

Danis was referring to the number of times Covington was in a position to put Lawler in a rear-naked choke submission, only to never follow through with it. It was an aspect of the fight that Ben Askren also commented on.

However, it didn’t make a difference in the end as Covington got one of the biggest wins of his career and is now set to face current champion Kamaru Usman next. Danis, on the other hand, is still very early into his mixed martial arts career and only became 2-0 earlier this year.

Regardless, what do you make of the Bellator prospect’s comments?