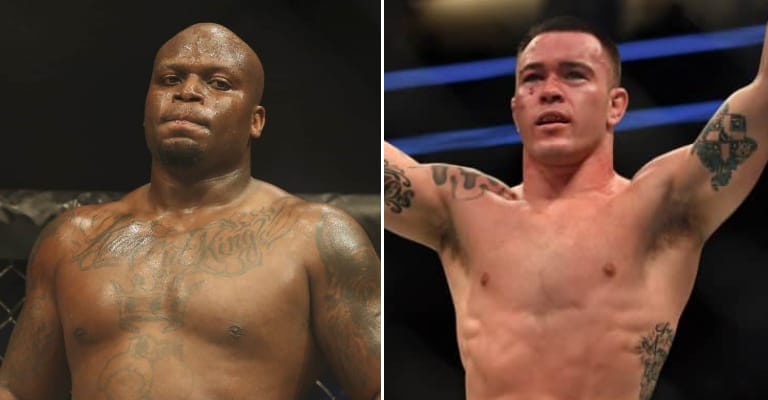 UFC welterweight Colby Covington has angered another UFC heavyweight besides Fabricio Werdum, this time drawing the ire of Derrick Lewis.

Lewis, who recently defeated Marcin Tybura at UFC Fight Night: Cowboy vs. Medeiros on February 18, took the opportunity to bash the controversial welterweight, who has made many an enemy since signing with the UFC in 2014.

Lewis didn’t mince words while discussing Covington with Ariel Helwani during The MMA Hour for allegedly ‘running his mouth off about him’ (via MMA Mania):

“While we’re on the mic, fuck Colby, whatever his name is. Fuck you, motherfucker. Just so you hear that. Go ahead and put that out. I heard he was talking shit. He’s one of those boys that wears Polo shirts and as soon as you touch him, he’s going to call the cops on you. One of them preppy motherfuckers. I don’t know where it was on, I just heard he was talking shit.”

Covington has previously beefed with Werdum while the two were in Australia for a recent UFC event. Words were exchanged between the two and Werdum was ultimately cited for throwing a boomerang at Covington amidst the confrontation.

Other UFC fighters from Kamaru Usman to champion Tyron Woodley have all at some point had words with the brash welterweight. Covington (13-1) has not yet responded to Lewis, but knowing him, he most likely will.

What are your thoughts on Covington? Do you find his attitude entertaining or just downright annoying?