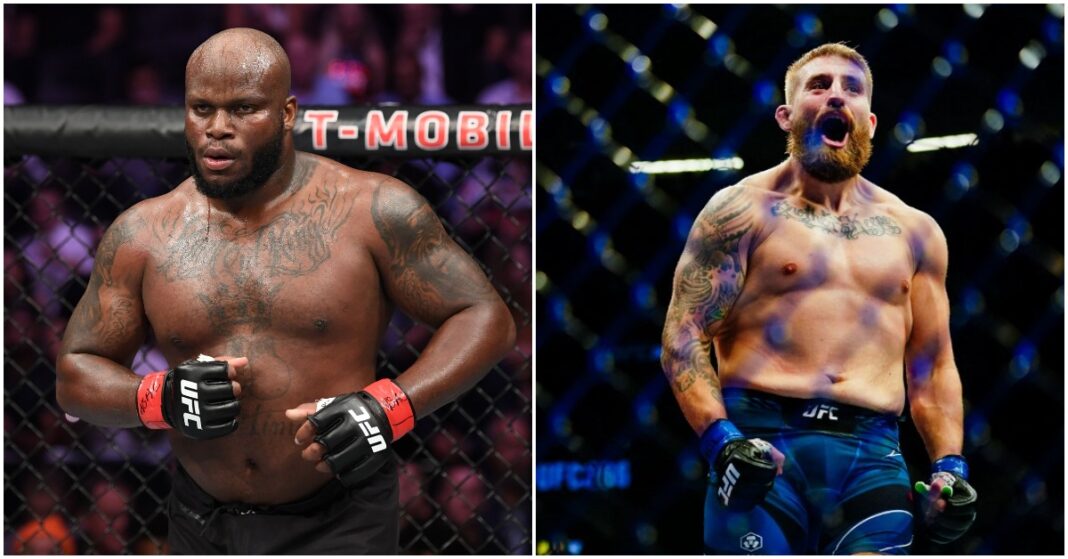 Derrick Lewis spoke to the media for the first time following on from his interim title loss to Cyril Gane back in August.

‘The Black Beast’ faces off against Chris Daukaus who is currently undefeated inside the Octagon at UFC Vegas 45 on Saturday.

Lewis spoke at the pre-fight press conference about Daukaus and the respect he has for what he does, however, come fight night Lewis knows he cannot allow for that feeling of respect for Daukaus to overtake him.

“He’s got to be a good guy because he’s a police officer, and you know I support the police departments all over the world and especially here in Houston,” Lewis said. “I appreciate most of y’all for letting me slide with a speeding ticket here and there, so I appreciate y’all, back the blue all day long. Whenever you are fighting a police officer you don’t want to get Rodney King’d on ESPN. So, you’ve got to go out there and fight hard man, do it for the people,”

Rodney King was an American activist who was beaten by LAPD police officers during his arrest. Following on from a high-speed chase whilst driving intoxicated. The entire incident was filmed by a local bystander George Holliday, who then sent the footage over to the media and local news station KTLA.

What’s next for Derrick Lewis?

Many fans were unsure what was next for Derrick Lewis, following on from his shortcoming against Cyril Gane, so when the announcement was made, he would be fighting Chris Daukaus fans were delighted.

If Lewis can get the job done, where does he go from here?

Lewis himself spoke upon wanting a match-up with former heavyweight champion Stipe Miocic which makes the most sense given both fighters are ranked 2nd and 3rd in the rankings. Another option that would bring two heavy hitters together is Jairzinho Rozenstruik. Rozenstruik sits 6th in the heavyweight rankings and is also coming off a loss to Curtis Blaydes. As well as this another option could be looking into a potential rematch with Alexander Volkov who dominated most of the bout only for Lewis to catch him and still the victory from under his feet in the last 10 seconds.

What’s next for Derrick Lewis if he is able to win come Saturday night?