LowKickMMA.com
Home UFC News Demian Maia Fires Back At Carlos Condit: My Game Is To Dominate 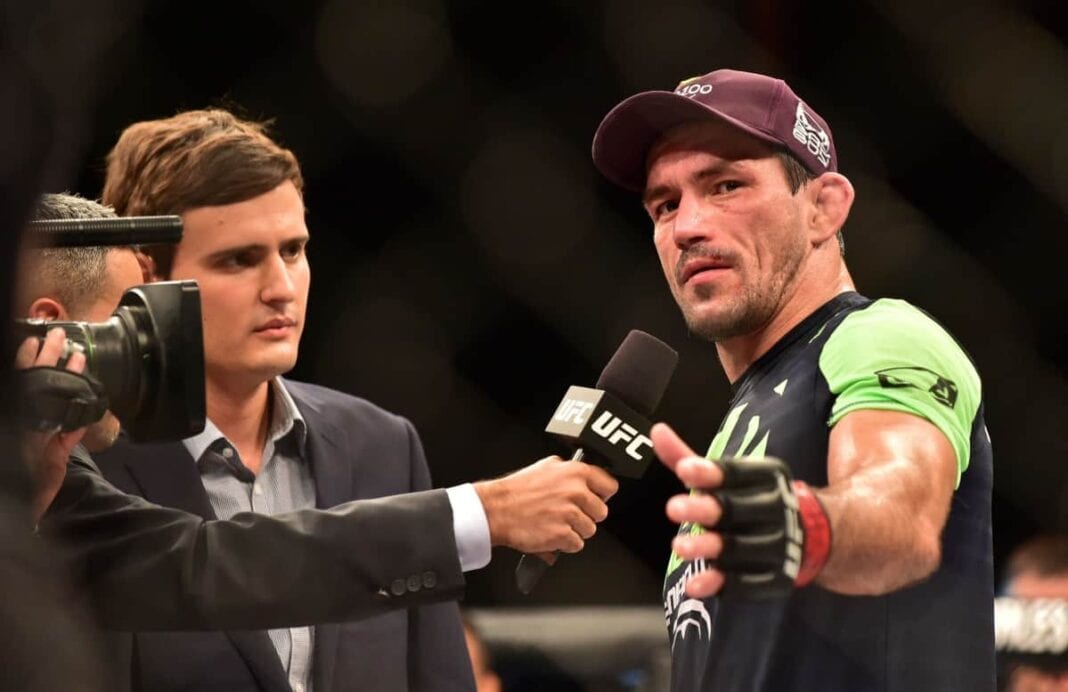 A crucial welterweight bout will take place in the main event of UFC on FOX 21 on August 27, 2016 from Vancouver, Canada as No. 4-ranked Demian Maia meets No. 5-ranked Carlos Condit in a five round affair that was originally slated to take place at this weekend’s (August 20, 2016) UFC 202. Condit is coming off of a thrilling five round war with then champion Robbie Lawler last January in which he fell on the wrong end of a closely fought decision, although many had felt as if he had won. Maia, on the other hand, has quietly rattled off five consecutive victories, and I say quietly because it feels as if he may be flying under the radar.

Condit recently said that Maia ‘plays it safe’ which could be the reason for the lack of respect or attention he has received, but the Brazilian grappling guru disagrees. Speaking on yesterday’s (August 15, 2016) edition of The MMA Hour, Maia said that he doesn’t fight in safe way, and that the principle of his Brazilian jiu-jitsu game is to ‘dominate’. He also admitted that he’s a fan of Condit’s fighting style:

“I more than fight safe. My last fight, I made it look easier. It looked easy, but it was not an easy fight. All my last fights were against very tough guys. I was able to put my game well, and when I put my game well it looks like the fight becomes more safe in a way. When the fight is more tight, it is more exciting to the public. But when you dominate somebody and the guy doesn’t have too much chance, then the public knows who is going to win so you lose the surprise factor of the fight. It’s not about playing safe because I was trying to submit all of the time. I was trying to submit all of my last fights. I did two submissions, or I try all the time. My game is to dominate the submission, to not lose it. That is the principle of my Brazilian jiu-jitsu game. So, when you don’t give a chance to your opponent, that’s not playing it safe, that’s a gameplan. For him, I admire his style, I like to see his fights. I’m a jiu-jitsu guy and I like to see strikers. There is more of a chance for something unexpected to happen. It makes the fight for people who are not too into technique think its more fun of a fight.”

Do you agree with Condit here? Should Maia take risks and put himself out there more, or would a sixth straight win leave the UFC with no choice but to give him what would be a well-deserved shot at 170-pound supremacy?