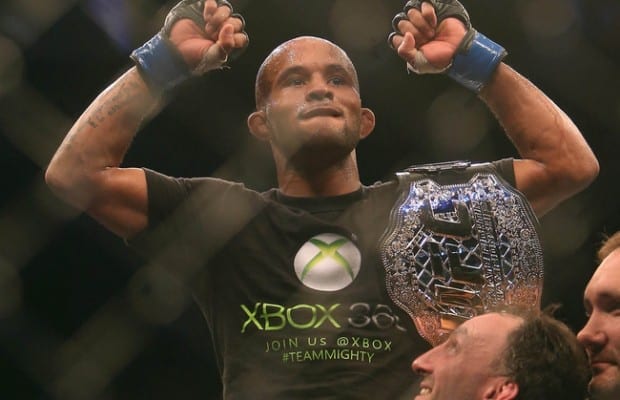 Ariel Helwani appeared on UFC Tonight and revealed Ultimate Fighting Championship (UFC) president Dana White told him that Dodson is next in line for a crack at Johnson’s flyweight title. A date has not been set.

Helwani spoke with the champion, who said he prefers the bout to take place on Sept. 5 in Las Vegas for UFC 191. As of now, the only bout confirmed for the event is Paige VanZant vs. Alex Chambers. If Rashad Evans has his way, perhaps he’ll meet Ryan Bader on that date as well.

“Mighty Mouse” and “The Magician” first met at UFC on FOX 6 back in Jan. 2013. Dodson gave Johnson what few would argue as the toughest test of his flyweight title reign. Johnson was able to be more effective in the championship rounds, securing him a unanimous decision victory.

For more details on this upcoming title clash, stick with LowKickMMA.com.