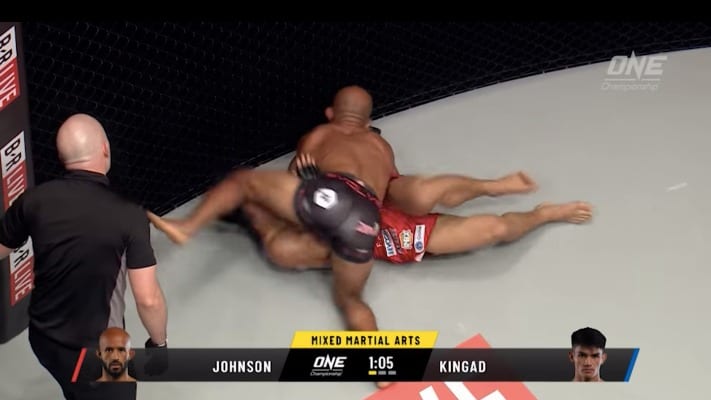 Demetrious Johnson continues to be as dominant as ever in his mixed martial arts (MMA) career. Last night’s bout at ONE Century was no different for “Mighty Mouse.”

Johnson took on Danny Kingad in the ONE Flyweight Grand Prix finale. It was a dominant performance from Johnson from start to finish. While Kingad was able to connect on some stiff shots throughout the bout, he couldn’t stuff Johnson’s takedowns, and once the fight got to the ground, it was all Johnson from then on out.

Kingad was able to escape a few submission attempts and stay alive after eating some big ground-and-pound, but the judges awarded Johnson the decision victory when the action wrapped.

Check out the highlights from the bout below.

What did you make of Johnson’s performance against Kingad?