LowKickMMA.com
Home UFC News Daniel Cormier Says There Will Always Be ‘No Peace’ With Jon Jones 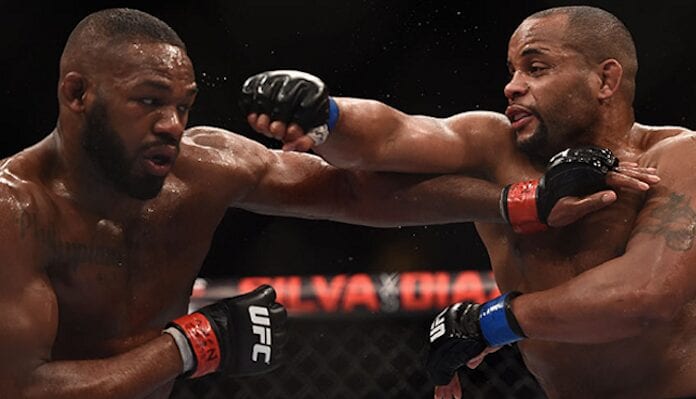 In case it wasn’t clear enough, Daniel Cormier and Jon Jones don’t like each other, and it looks like remaining that way for a very long time.

Cormier is set to defend his heavyweight title against Stipe Miocic in a rematch that will headline UFC 241 later this month. Ahead of the event, ESPN’s “E:60” is releasing an episode featuring Cormier this Sunday.

Unsurprisingly, Jones plays a big part and in a preview of the episode, features tidbits of Cormier’s rivalry with the current UFC light heavyweight king.

“I don’t like him,” Cormier said in the video (via MMA Junkie). “We’ve never liked each other, and for anybody to tell you anything different is a lie.”

The clip would then show their infamous back-and-forth when the microphones were still recording. In response to Cormier wishing he could spit on his face, Jones retorted that he would kill him if he ever did that.

“When you tell a man you’re going to kill him, there’s no peace,” Cormier added. “It’s always going to be this.”

The rivalry between the two could even continue, provided Cormier comes out on top against Miocic. There’s been talk of a trilogy fight between the pair, with many wanting to see it at heavyweight where Cormier doesn’t have to endure a drastic weight cut.

However, both competitors seem to want any potential third fight at light heavyweight.

Do you think we’ll see them fight again and resume their rivalry?