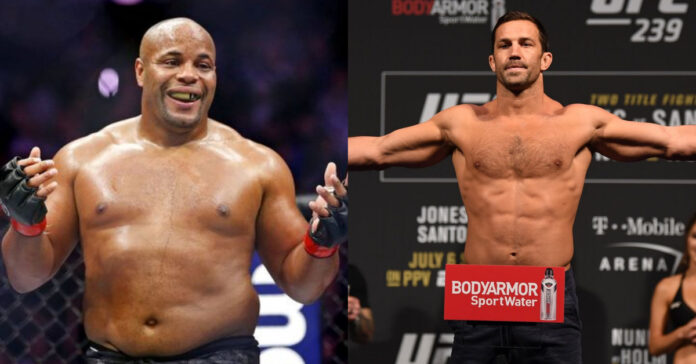 Daniel Cormier does not want to see his friend and former teammate Luke Rockhold come back.

Former UFC middleweight champion Rockhold marked his return to action against Paulo Costa at UFC 278 this past August. He came back after a three-year hiatus and lost on the judges’ scorecards in a gritty performance.

Following the defeat, Rockhold announced his retirement from the sport. However, he hinted that he may come back if there’s a change in the belt.

Luke Rockhold revealed what would make him come back to fighting

In an interview with Submission Radio, Rockhold stated that there is a chance that he could be back to fighting.

“If I get inspired, if someone inspires me to get back in it…you never know,” Rockhold said (h/t Bloody Elbow). “[Maybe] That Brazilian dude winning the title. Alex Pereira.”

“I mean, there’s tons of opportunity. I’m not looking to get out of shape in any way, shape, or form. I really still enjoy the training aspect. I just don’t want to do the part that really hurts me. I’ll do some boxing sparring, but like, you get into full MMA sparring and everything starts to break down when you’re fighting the bad dudes. I’m just gonna work on getting better.”

In a recent video uploaded to his YouTube channel, Cormier shared his thoughts on Rockhold possibly returning to the octagon.

“Luke, don’t come back,” Cormier said ht (MMA Fighting) . “It’s only been a few weeks and it was absolutely perfect. It couldn’t be better. Because Luke Rockhold has been the guy that has not been loved, but in that performance, he gained the praise of the masses. Not only did he gain the praise of the masses though, he gained the praise of his opponent in the competition. Paulo Costa came up to me a week later and told me how special it was to share the Octagon with Luke.