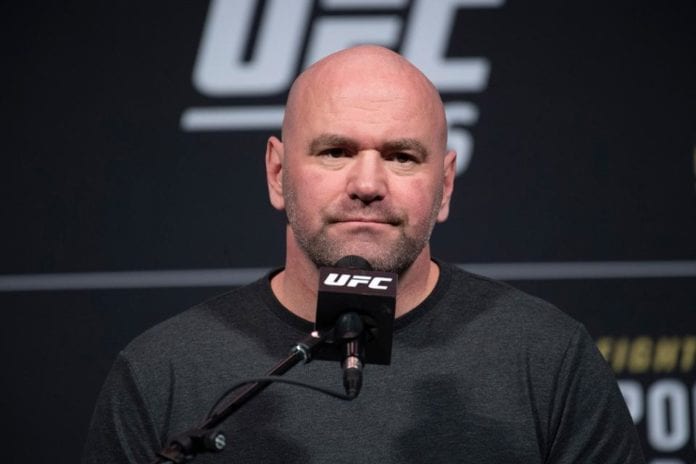 UFC president Dana White has vowed to fire any employee who chooses to approach a fight official. The comments come after former welterweight contender Dan Hardy became embroiled in a debate with veteran referee Herb Dean at UFC Fight Island 3.

Dean was seemingly slow to react to UFC debutant Jai Herbert being knocked out by long-time lightweight contender Francisco Trinaldo. Hardy and Dean exchanged words at the end of the fight and have since released statements on the matter. Dean defended his stoppage of the fight while Hardy urged officials to take more responsibility for their actions.

Speaking to media ahead of UFC on ESPN+ 31, a reporter asked White about the Hardy-Dean incident. He also asked the UFC boss about his thoughts on Marc Goddard disqualifying a fighter for getting overly aggressive post-fight, he said.

“Something went down last night in Abu Dhabi, too, where Goddard got pushed. I want to make this very clear: If you work for me, and you approach a judge or a referee or any type of official, I will fire you. You will lose your job. You will never work for me again if you do that.

“Nobody has the right to (approach them). Listen, you want to criticize judges, you want to criticize referees, you didn’t agree with a decision or things like that. We love Dan (Hardy), and Dan got emotional. The problem is that with this setup, it’s a lot easier to do. It’s a lot easier to interact with everyone. From the fighters to the referees to the media and everybody. If you work for me in any capacity and you approach a referee or judge or any official, I will fire you that night on the spot. That can never happen here ever again.” (Transcribed by BJPENN.com)

Do you think Dana White will follow through on this?