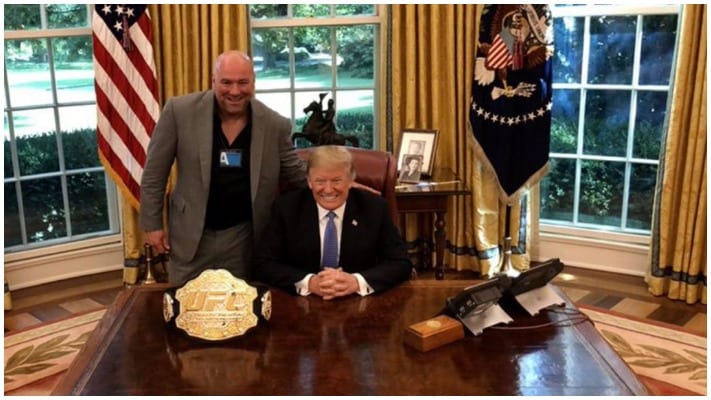 The task force is believed to be charged with finding ways to boost the American economy which has been destroyed by the ongoing coronavirus pandemic and a subsequent lack of industry.

White and McMahon are part of a large group of sports leaders who have been drafted in to help get the ball rolling again as Trump hopes to move America out of lockdown.

Brett Okamoto later confirmed the news when he spoke to Dana White who announced he’ll be pressing ahead with an event on May 9. He was previously forced to postpone all upcoming shows after Disney/ESPN advised him to do so.

Sports leaders are just one small sector of this taskforce which will see Trump consult experts in various fields as he attempts to bring the US economy back to life. However, the President was adamant about the importance of sports when he spoke on Tuesday and seemed determined to see them back on our screens sooner rather than later, he said.

Should Dana White and Vince McMahon be part of President Trump’s task force?