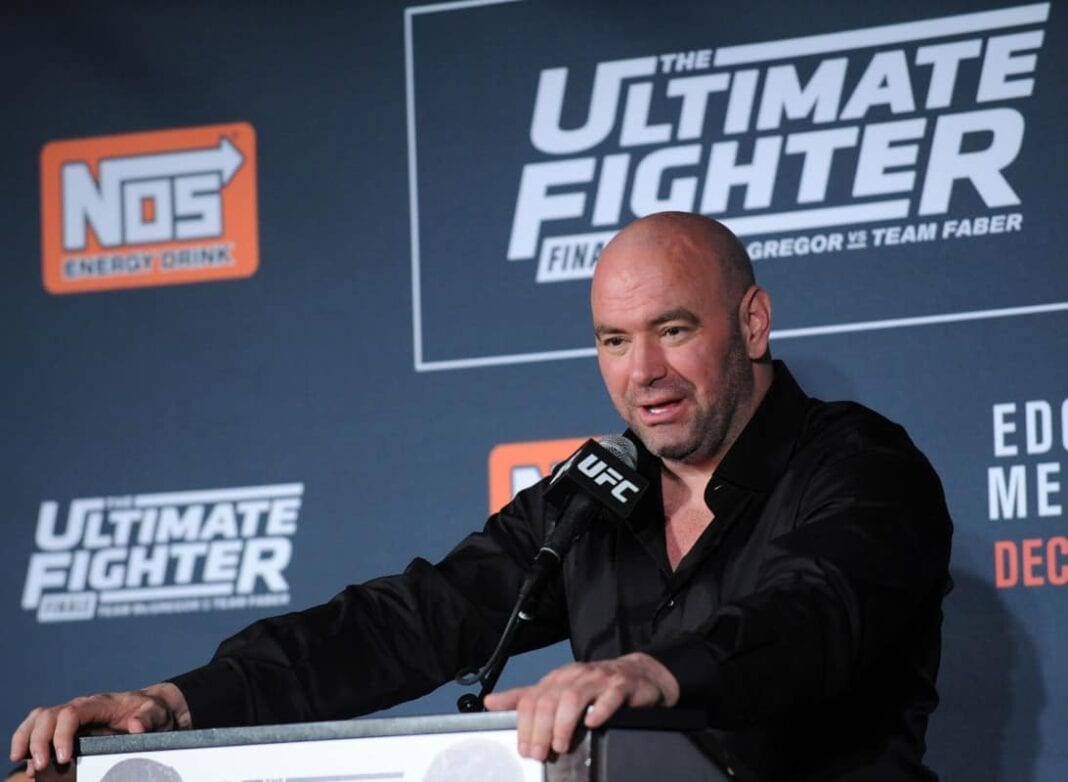 When it was confirmed earlier this week that the UFC had indeed been purchased for a record setting $4 billion by WME-IMG, it was also reported that UFC President Dana White would keep his position while UFC CEO Lorenzo Fertitta would be stepping down from his day to day responsibilities. Not only will White be remaining on board, but he has also received a new and lucrative contract in order to do so.

According to a report from ESPN’s Darren Rovell, White’s new contract is a five year deal that includes him earning nine percent of the company’s future net profits. The UFC boss had previously owned approximately nine percent of the company meaning he’ll receive a hefty $360 million from the promotion’s sale. The report also indicated that it’s currently unknown whether or not White will continue to own a percentage of the world’s largest mixed martial arts organization.

As for what the future now holds for White in terms of his financial earnings, Rovell claimed that based off of an estimated $200 million yearly net profit for the UFC, White could earn roughly $18 million a year. That number would also increase as the UFC’s profits increase which of course is the ultimate goal.

After purchasing the UFC in 2001 for $2 million, White along with the Fertitta brothers have essentially built the sport of mixed martial arts from the ground up. The trio deserves a tremendous amount of credit for all they’ve done, and White’s new contract displays his value to the sport.