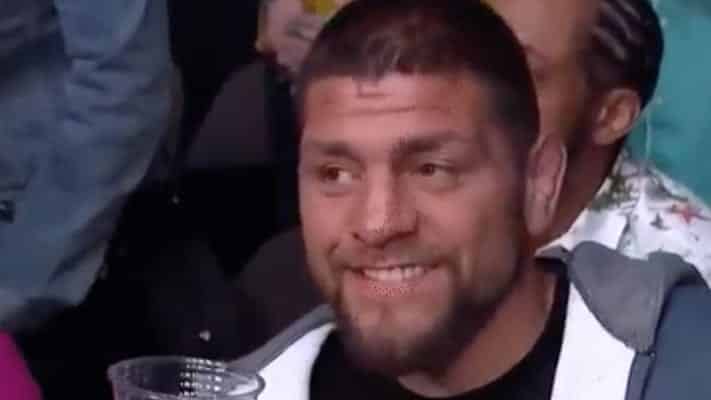 UFC 261 was an eventful night and one of the reasons why was because of Nick Diaz being in attendance.

Diaz showed up during fight week and ended up in attendance during the pay-per-view event which took place on Saturday night. It led to speculation among fans as to whether a potential UFC return could be on the cards for the former welterweight title challenger.

That appears to be the case as per UFC president Dana White.

“Yeah, Nick wants to fight,” White said at the UFC 261 post-fight press conference. “Sure [I’m willing to give him a fight]. I will see how this goes. He’s waiting for me in the back right now. I’m going to go talk to him.”

As for a potential opponent? Khamzat Chimaev is an option.

“No,” White said when asked if it would be crazy for Chimaev to be a potential opponent for Diaz.

Diaz, of course, hasn’t competed since a no contest against Anderson Silva back in January 2015. Talks of a return have regularly occurred but have never come to fruition.

But with his manager claiming Diaz will 99.9 compete in 2021, it looks like that might be the case now.

Who do you want to see Diaz face in his return?