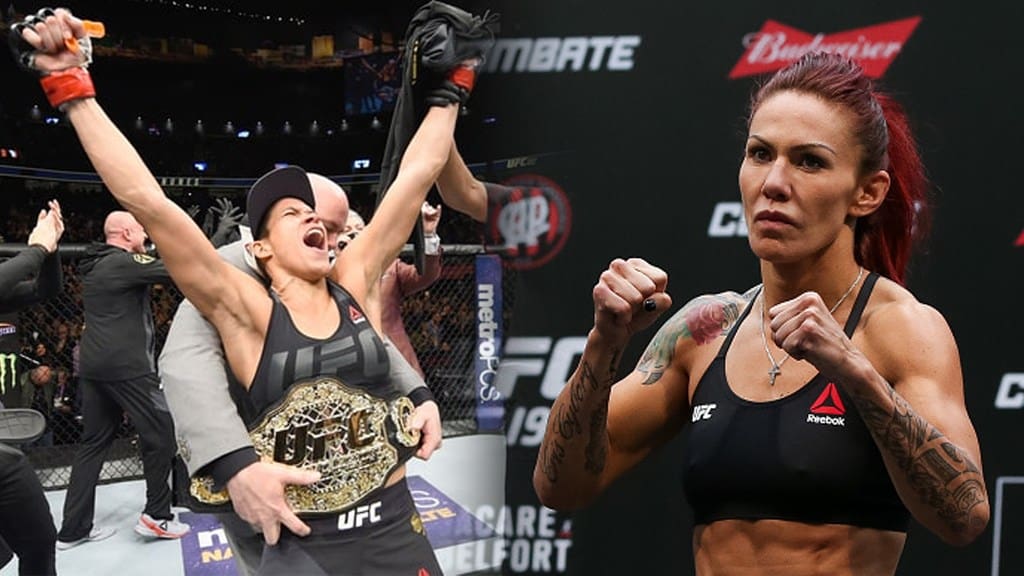 While the future of the women’s featherweight division is very much in question, Dana White may have his eye on a lucrative rematch between Amanda Nunes and Cyborg.

The former champion may not have to wait two years to get a chance at redemption after all. While it appears she won’t be getting an immediate rematch with Nunes, there is light at the end of the tunnel.

Speaking this week at the UFC on ESPN + 1 press conference, White stated that if both women go on to win their next fights, then it would set up a huge inevitable rematch.

“There’s a reason we didn’t do it (champion vs champion fights) for a long time. It’s tough enough to defend one belt, let alone two,” he said. “Amanda is going to have another fight, Cris is going to have another fight. So we will see how that all plays out, and when the time comes …listen, everyone has their opinion of what they think they want at that point in time,” he added.

“But should they both win another fight, I think a rematch between them is huge. It’s a big fight, fight. Neither one of them were crazy about the first time and we got it done. We will see how everything plays out.”

Cyborg’s fighting future is very much in question.

As for Nunes, its unlikely she will defend her newly-acquired hardware, following the trend of “double champs” that have not defended their second title (Conor McGregor & Daniel Cormier).