LowKickMMA.com
Home UFC News Dana White Insists UFC Roster Cuts Have ‘Nothing To Do With Fighter... 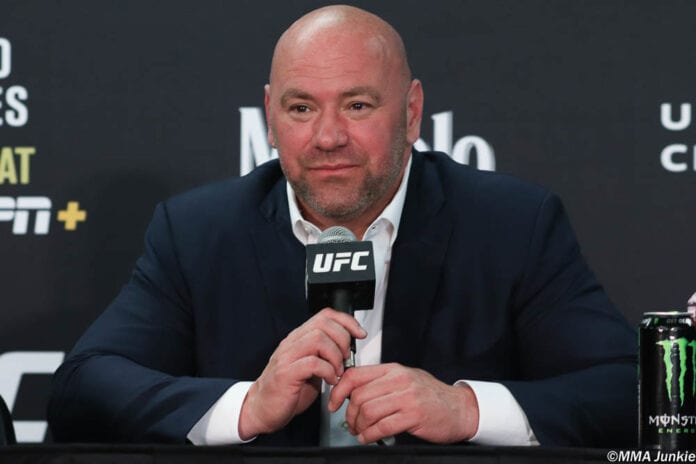 The UFC surprised everyone on Friday when it was reported that Yoel Romero was released from his contract even though he has three fights left on his contract. UFC president Dana White later explained that he is expecting to make 60 cuts to the current roster due to the size of the roster. You can watch White talking about the cuts below:

This has made fan speculate as to why these cuts are being made and most fans believe that it’s a money issue and the UFC are trying to save money. However, the UFC president came out to say that it has nothing to do with money and that cutting fighters is something that they normally do.

White said “We’ve been making these same moves every weekend for 20 years. We haven’t in the past few months. It has nothing to do with fighter pay or anything else. It just hasn’t been done in a few months during the pandemic. If I was trying to save money, I would be laying off employees like every other company in America right now. That’s how you save money during something like this. I have honored every fighter contract and have not laid off one employee during this pandemic.” (Transcribed by BJPenn.com)

The UFC have cut some big names so far including former Middleweight champion Anderson Silva, veteran lightweight Matt Wiman and they also released Light Heavyweight contender Corey Anderson earlier in the year. The UFC have also cut a number of fighters on losing streakis including Rachael Ostovich, Cole Smith, Saparbek Safarov and many more.

Who do you think Dana White & the UFC is going to cut next?