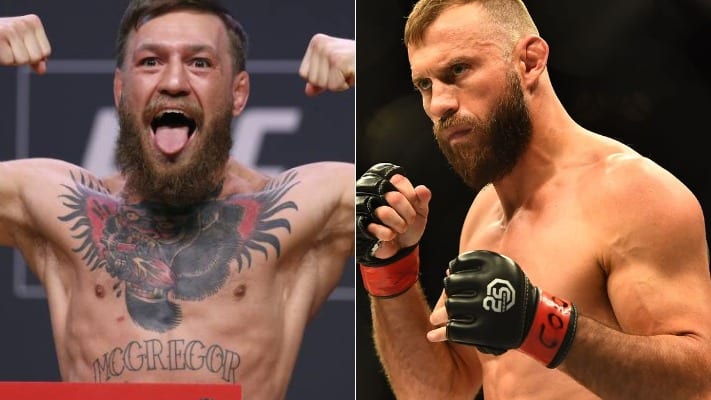 It looks like the UFC truly is targeting a fight between Conor McGregor and Donald “Cowboy” Cerrone in early January. McGregor announced during his Russia tour that he is set to return on January 18 inside the T-Mobile Arena in Las Vegas, Nevada.

However, McGregor did not announce his opponent, claiming he already knows who it is, but noted if he did reveal it, the UFC would “flip” it. Soon after, reports surfaced indicating Cerrone was the frontrunner for the fight, leading to “Cowboy” teasing a fight announcement coming soon on social media.

Now, speaking to TMZ Sports, UFC president Dana White has confirmed the Las Vegas-based mixed martial arts (MMA) promotion is, in fact, targeting McGregor vs. Cerrone for January, but it’s far from a done deal, and could still possibly fall through.

“We have nothing done, nothing is even close to being done,” White said. “So, I hate to even talk about this stuff, say it, because it might not happen, it might happen, but we’re looking at Cowboy. Number three versus number five, January 18 at the T-Mobile in Las Vegas.”

McGregor hasn’t fought since his October 2018 loss to Khabib Nurmagomedov. The Irishman wanted an immediate rematch, but will undoubtedly have to earn his way back into the 155-pound title picture. A win over Cerrone would be a big step in the right direction.

Do you think the McGregor vs. Cerrone fight will come through?