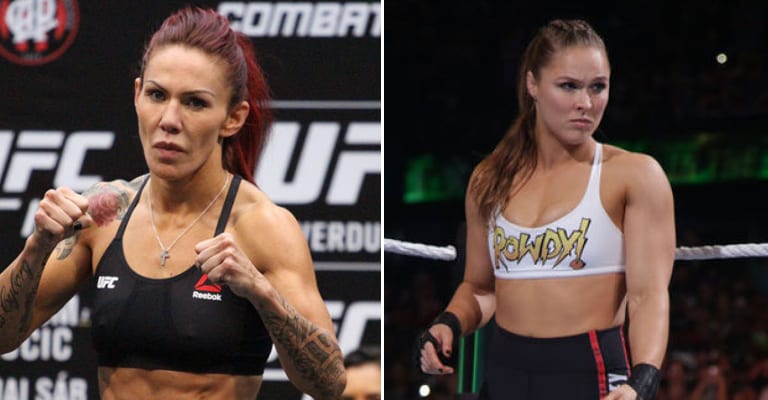 Since then, Rousey has dove full force into her new profession, most recently taking part in a rivalry with Alexa Bliss.

And although she’s made it clear that she’s perfectly content with leaving the mixed martial arts world behind, Rousey may not have a choice.

Despite the fact that the two never ended up fighting, Rousey and Cyborg have a long history of bad blood. For years, they went back-and-forth in the media and at one point, the Brazilian was attempting to make the 135-pound limit to challenge Rousey, although it never came to fruition.

As far as MMA goes, the ‘Rowdy’ one has yet to officially retire, but it’s expected that she’ll never fight again.