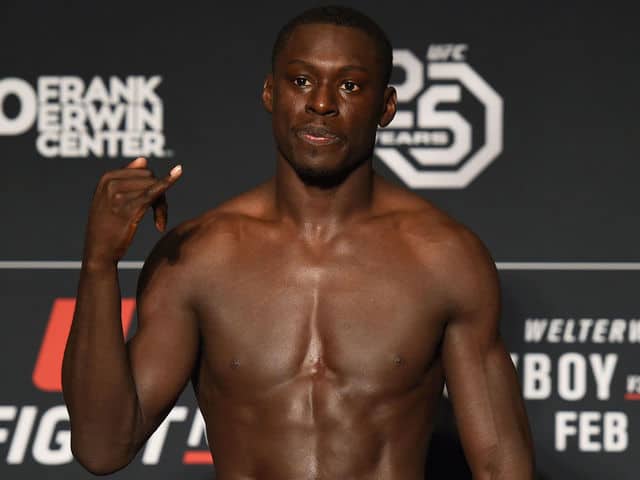 Last night (Feb. 18, 2018) welterweight contender Curtis Millender made his UFC debut on the main card of UFC Fight Night 126, which took place at the Frank Erwin Center in Austin, Texas, and it was a successful one to say the least, as Millender scored an impressive second-round stoppage victory over longtime veteran Thiago Alves.

Following the big win, Millender has an idea of who he’d like to fight next:

Punk, a former World Wrestling Entertainment (WWE) superstar, made his mixed martial arts debut at UFC 203 in September 2016, but it didn’t go his way, as he was famously dominated and stopped by Gall just minutes into the first round.

Since then, Gall has gone 1-1, finishing Sage Northcutt in December 2016 and then dropping a decision loss to Randy Brown at UFC 217 last November in New York City.

In regards to Millender, it certainly appears as if he has a bright future ahead of him, and although he may have been a relative unknown prior to last night, he claims as if he saw all of this coming:

“I knew this was coming,” Millender said. “I worked really hard. I have a canteen of water that I drink every day, and every fight I write my goals on it. And it says that I’m going to knock him out in the second round. I’m going to tweet it when I get home and see that the marker is fading. I work hard, and when I say I’m going to do it, I’m going to do it.”

And while he has his sights set on Gall, Millender’s goals are sky high and he said that ‘anybody can get it next’:

“Easy breezy; I want to fight everybody,” Millender said. “I want to be the best in the world, and to do that, I’ve got to be up there. I’ve got my welterweight hit list. Thiago’s first; anybody can get it next.”

Where would you like to see the 30-year-old go from here?