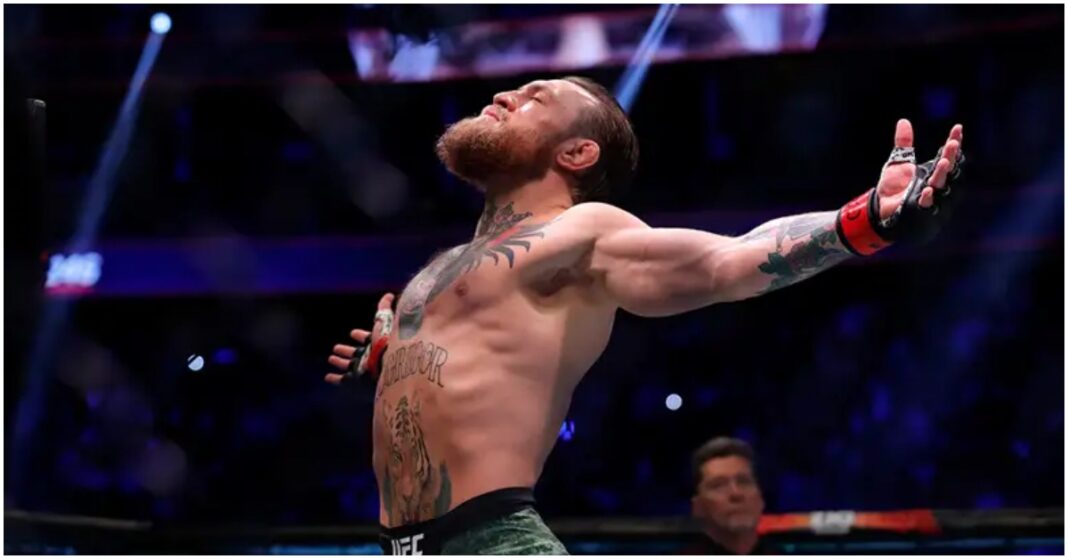 Conor McGregor acquired the lavish lifestyle that he now leads through extreme hard work and a steel-clad resolve to be the best. However, it is one thing to be on top, and entirely different to remain on top.

McGregor reached the pinnacle when he claimed double champ status, but has since seen his career trajectory take a different turn, dropping fights in both MMA and boxing against the likes of Floyd Mayweather and Khabib Nurmagomedov, as well as going through extended spells of inactivity.

Now as Conor McGregor looks to return from his latest injury, sustained in the trilogy bout with Dustin Poirier, ‘The Notorious’ spoke with McGregor FAST to reveal his daily routine and schedule along his road to recovery.

Following this is the most important meal of the day, in which McGregor uses this meal to target various nutritional values.

“Eggs. Potatoes. Maybe some mushroom,” McGregor explained. “A spinach and kale type of juice, or it could be like spinach on the side. Then maybe some fruit; a strawberry smoothie … strawberries or maybe some watermelon or pineapple and that would be a good fuel breakfast. Fully fuelled.”

Once breakfast has been taken care of it’s time for McGregor to do what he does best and get inside the gym.

“I’d do breakfast, have a pre-workout and then I’d usually work out. I’d work out then I’d come home and eat my lunch, that would be some rice dish… maybe a root veg. Maybe some potato mash and maybe some chicken, something like that, depending on what the next sessions were.”

Although for some people it may seem Conor McGregor’s routine may be a lot too take on the Irishmen definitely feels like he reaps the rewards.

“It pays off majorly,” McGregor says. “Majorly. All the small details of it make the big details. Again, I’d go back to the structure. Wake up at a certain time. Train at a certain time. Structure is the key to real success I feel. You’ve got to be structured, you can’t just be on the fly.”

What do you make of Conor McGregor’s methods?