LowKickMMA.com
Home UFC News Conor McGregor Responds To ‘Disrespectful’ Khabib Jab: ‘You Try And Do It’ 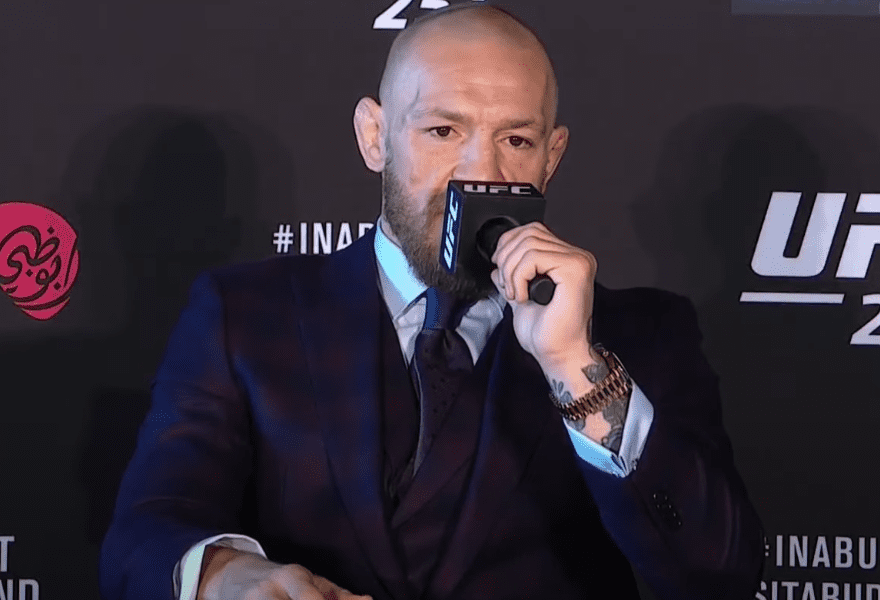 Conor McGregor responded to Khabib Nurmagomedov’s jab at him by challenging him to return and fight him again.

McGregor suffered his first-ever knockout defeat after falling at the hands of Dustin Poirier in their lightweight headliner at UFC 257 Saturday night.

Nurmagomedov was one notable person who was watching the fight with a keen interest as he decided to take a jab at his bitter rival soon after the latter’s defeat.

“This is what happened, when you change your team, leave the sparring partners that made you a champion and sparring with little kids, far away from reality,” he wrote on Twitter.

When told of Nurmagomedov’s remarks, McGregor labeled them disrespectful and called on “The Eagle” to come back and fight him if he was ready to make those sorts of comments.

He would also dispute Nurmagomedov’s claims of him changing his team.

“My team has been my team since day one, I have not changed anything,” McGregor said in the post-fight press conference. “It is what it is. Respect the athletes, that’s the character of the man for sure, behind the mask… If he wants to have his disrespectful comments, come back and let’s go again, my man.

“I’m here for it. That’s fighting talk. If you’re coming back, come back. You try and do it.”

The chances of that happening — at least for now — seem very unlikely especially with UFC president Dana White admitting that a Nurmagomedov return wasn’t looking positive.

“I did talk to Khabib. And he said to me, ‘Dana be honest with yourself. I’m so many levels above these guys, I beat these guys.’ I don’t know. But it doesn’t sound very positive. We’ll see.”

Do you think we’ll ever see Nurmagomedov vs. McGregor 2?