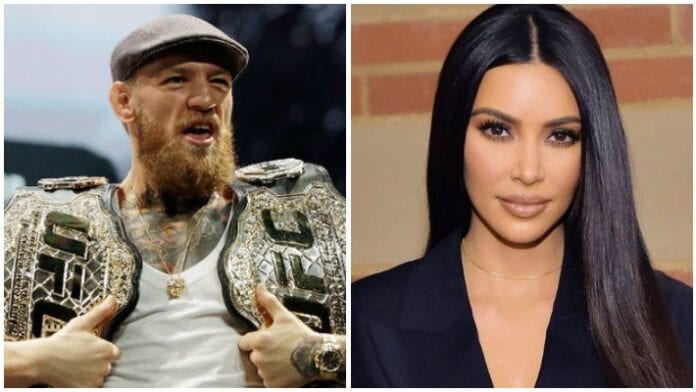 UFC superstar Conor McGregor has welcomed Kim Kardashian to the family after learning he is a distant relative of the American socialite. The Daily Record reported earlier this month that Kardashian can trace her family lineage back to the famous cattle thief Rob Roy. Through that, she also has a link to Scottish royalty in the first King of Scots Kenneth MacAlpin via his brother Gregor, founder of the MacGregor clan. ‘Notorious’ comes from a line of Irish MacGregors who originate from the Scottish clan.

McGregor reacted to the news by tweeting, “welcome to the family”. Kardashian also seemed happy with the news posting a link to the story, alongside three crowns to her followers.

McGregor has always been aware of his family’s rich history. In 2015 he talked about how his family had come from the Scottish Highlands, he said.

“My family originated from the Scottish Highlands, they fought for their independence. It’s something that runs in my family’s history, I’ve become obsessed with that a little bit. It reiterates to me that I am on the correct path my family was on before me.

“We are not in fields anymore, we are in the Octagon, we are in arenas filled with thousands of people with millions of people viewing. It gives me added motivation to fight. It’s something that is in me, it is something that my ancestors have done before me and I am simply carrying my family’s name with pride.”

Check out the below graphic which shows how Conor McGregor and Kim Kardashian are related.