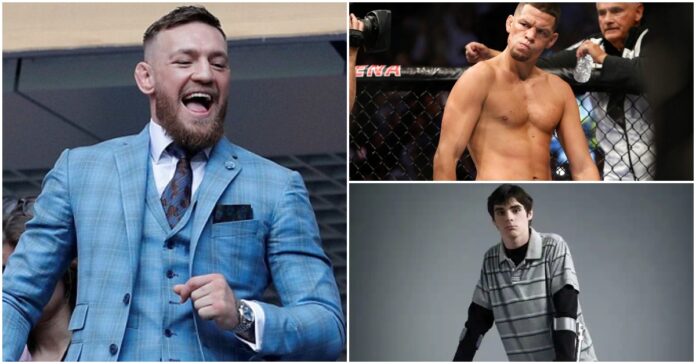 Conor McGregor recently invited Jared Leto to come to study him after the actor expressed his interest in playing ‘Notorious’ in a movie.

Leto recently admitted to being a massive mixed martial arts fan and when asked in an interview which role he would like to play in a potential film the American showed an interest in portraying McGregor as well as UFC president Dana White.

“Well, I am a huge UFC fan and I’m a huge Dana White fan. I hope he is a huge Jared Leto fan too. Maybe I could play Dana White. That would be great. If we do the UFC movie, if I was younger, I’d play Conor McGregor,” Leto said. “I got the beard. What Conor does and what these guys and gals do is just extraordinary…. I’m too old to do Conor, probably, but you never know. We could maybe use some CGI.”

Once McGregor got wind of Leto’s comments a friendly social media interaction between the former dual-weight UFC champion and Oscar winner followed and ended with them agreeing to meet.

Nate Diaz thinks Hugh Jackman could play his part in the movie but McGregor has other ideas and instead suggested an actor from Breaking Bad that he thinks is “virtually identical” to his long-time rival.

“Wolverine could play my part so we see him beat Jared Letos ass that would be fun right @TheNotoriousMMA,” Diaz wrote on Twitter.

“That kid that played Heisenbergs son is who will play you,” McGregor replied. “Virtually identical.”

McGregor is of course talking about RJ Mitte, who plays Walter White Jr. on the acclaimed TV series Breaking Bad. The actor and his character have cerebral palsy, although Mitte’s case is relatively mild compared to Junior, who also has a speech impediment.

Who do you think should play Conor McGregor & Nate Diaz on the big screen?