The UFC took a huge step towards becoming always fully legal within the United States. Connecticut, long at the center of the MMA debate, finally voted to allow the sport to take place within its state borders. UFC President Dana White tweeted the good news:

Connecticut is now the 49th state to legalize MMA!!!

That leaves New York as the only state to still ban MMA, and it’s potentially costing the state millions in untouched revenue. White and the Fertitta brothers have long been at odds with The Las Vegas Culinary Union, which opposes the Fertittas’ opposition of a union for their Station Casinos employees. The Culinary Union apparently has ties to the New York assembly, which may or may not bring MMA up for voting consideration this session according to Yahoo! Sports.

But while we wait with baited breath to find out the results of the hugely pivotal New York vote (or lack thereof), we at least know that Connecticut became the next-to-last state to break down the barriers to an in-state mixed martial arts contest. Word came today that each and every province in Canada has legalized our great sport, something that doesn’t come as too much of a surprise when you examine Canada’s love for all things MMA. Keep your eyes on Lowkick for news on the final state’s decision when it arises. 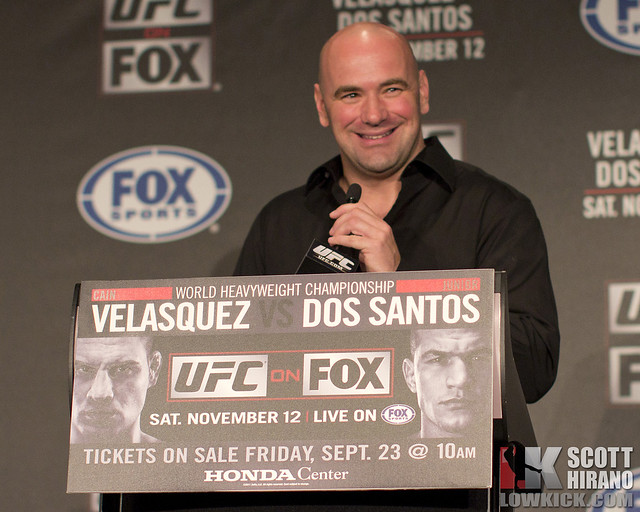