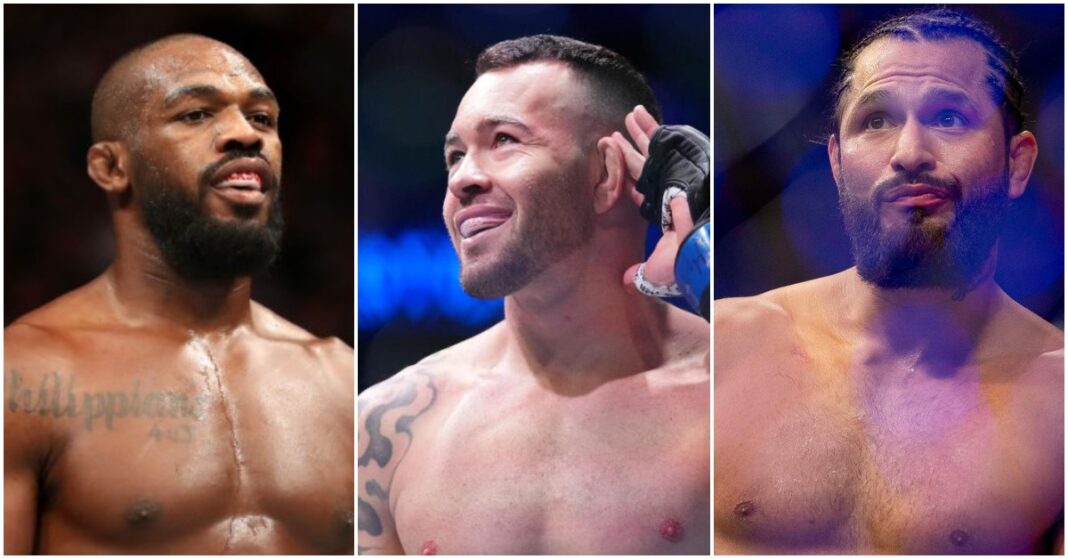 UFC Welterweight Colby Covington has continued his tirade on the UFC roster as he accuses his former friends Jorge Masvidal and Jon Jones of cheating on and beating their wives.

A once underappreciated asset, Covington’s adoption of his villain persona brought with it the attention he desired but also seemingly causing a stir in his personal life.

Becoming more and more out spoken as time went on, Covington’s relationships began to strain ultimately being kicked out from his gym and severing long standing friendship.

This time though, Covington took the time to bash two former room mates in Masvidal who he lived with when he first entered the UFC and Jones who ‘Chaos’ used to room with in college.

“They don’t do anything by the law. So, you know, I’m a big believer of law and order. So, of course, I don’t agree with those guys. They’re scumbags.”

Covington will have the opportunity to resolve any unresolved feelings with Masivdal as the face each other in the main event of UFC 272.

This is an opportunity for both men to get back on the win colum as they both return from their respective rematch losses to champion Kamaru Usman.

“He’s a two-pump chump.” Covington said, discussing Masivdal, “Just like his ex-wife used to tell me. So you know, he can’t last with me. He’s going to gas out in that octagon. I’m going to make him quit in front of the world, and it’s going to be the same thing that happened every time we fought behind closed doors. The only difference is now it’s going to be on pay per view and a live audience. So you know, it’s a beautiful thing. I can’t wait.”

What do you think about Colby Covington‘s comments, is he taking it too far?