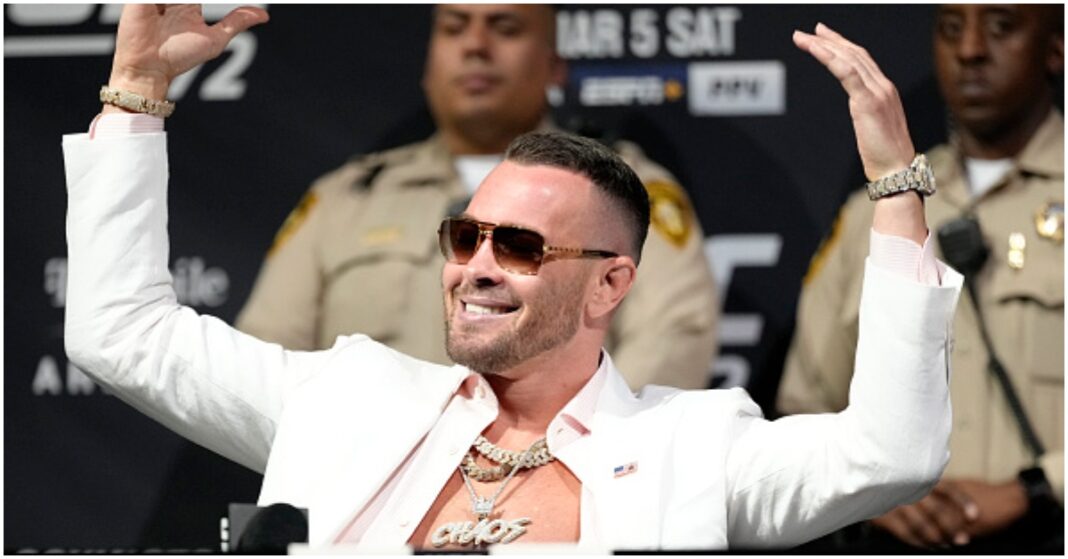 The UFC 272 press conference was a heated one and shows how personal the rivalry is between Colby Covington and Jorge Masvidal.

Wild things were said on both sides, and things quickly got deep as Covington even brought up Masvidal’s alimony problems, family life, and past financial difficulties.

One thing Colby Covington also chose to stand by was his past comments about Brazil and its people after a win over Demian Maia in Sao Paulo.

After a unanimous decision victory over the Brazilian grappling phenom Maia, Covington held nothing back in 2017 during his post-fight interview with Daniel Cormier.

“I should’ve knocked him (Demian Maia) out. Brazil, you’re a dump, all you filthy animals suck!” Covington screamed, before going on to call out the welterweight champion at the time: Tyron Woodley. The comments made waves back in 2017 and really gave Covington the gigantic boost he needed to launch his “Chaos” Covington persona.

Tonight, when asked if he still stood by his comments, Covington would say: “Absolutely, Brazil’s a f*cking dump.”

“And he has Brazilian coaches in his corner!” Masvidal would interject.

Ignoring him, Covington continued: “All the filthy animals there, they treated me like sh*t. I walked out to the Octagon, they’re saying ‘you will die.’ They grab my American flag, trying to burn it. What’s respectable about that? If you’re gonna dish it out you better be able to take it!”

From there, the topic of discussion would go from “Chaos” ripping off ATT head coach Dan Lambert, to Masvidal being a socialist (according to Covington) for allegedly receiving an “Obama phone” and a PPP loan.

At one point, things looked like they were about to come to blows, as both Covington and “Gamebred” would leap to their feet, prompting security to swarm the stage.

Are you excited for Colby Covington vs Jorge Masvidal, and what do you think about “Chaos'” comments toward Brazil? Leave your thoughts in the comments below!