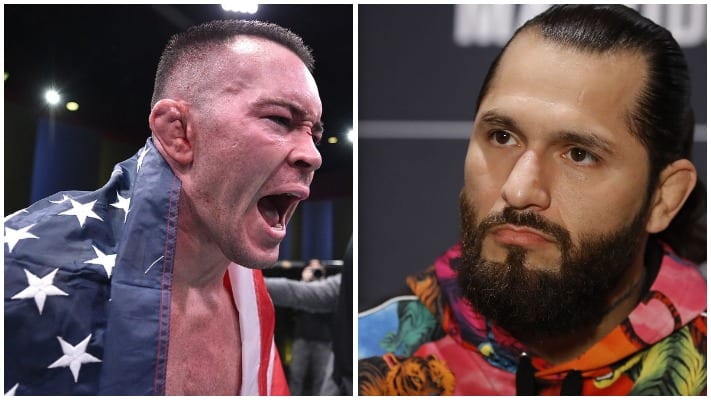 Colby Covington was flying high last night after beating down Tyron Woodley and forcing a fifth-round stoppage in the UFC Vegas 11 main event. The one-time welterweight title challenger immediately turned his attention to BMF titlist Jorge Masvidal after the fight, telling media members that he would expose his former training partner when they finally clash.

UFC president Dana White was all for making the fight as long as Masvidal is prepared to take it.

Covington also took time out to reflect on his win over Woodley. ‘Chaos’ claimed his bitter rival was looking for a way out and decided to quit in the final round.

“He was done,” Covington said. “I broke him. In the third round I broke him. He quit. I put vicious ground and pound. He was done. He told his coach he was done and he was looking for a way out. He knew I trapped his arm and I was getting ready to put vicious ground-and-pound on him and he took the easy way out. He would rather be the spineless coward like he is. He’s a woke little (expletive) and he got exposed tonight.” (Transcribed by MMA Junkie)

Do you want to see Colby Covington vs. Jorge Masvidal?