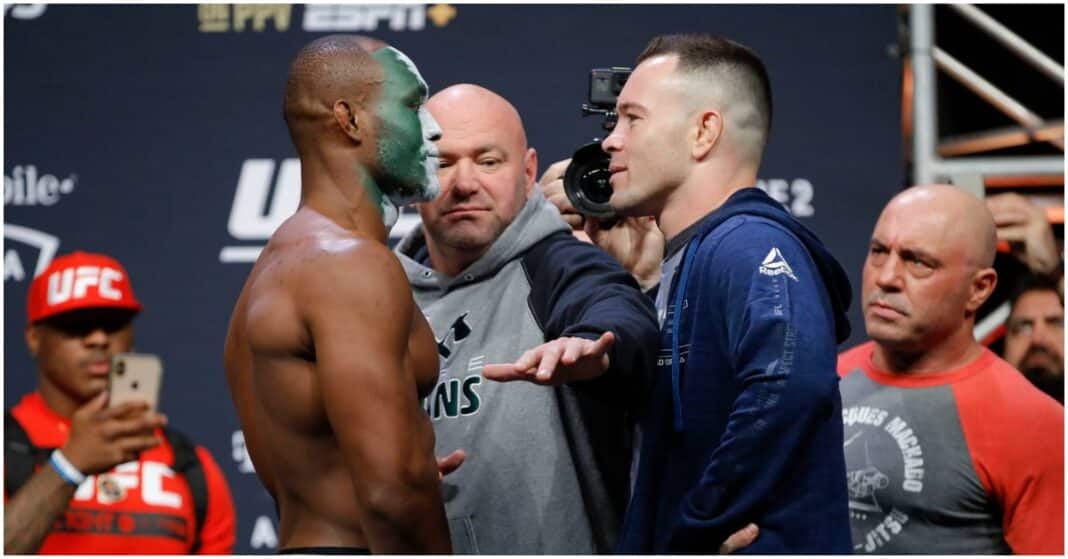 Colby Covington may have lost twice to the UFC welterweight champion Kamaru Usman but in no way, shape, or form does he think ‘The Nigerian Nightmare’ is a better fighter than him.

‘Chaos’ and Usman first clashed at UFC 245 back in December 2019 and put on one of the best title fights you’ll ever see. The 170lb duo went to war over five rounds before Usman found the TKO win in the final frame. Covington took issue with the refereeing performance of Marc Goddard and immediately began calling for a rematch and dismissing Usman’s win as illegitimate.

Eventually, Covington got his wish and he and Usman ran it back at UFC 268. After a slow start, ‘Chaos’ really grew into the fight and appeared to have the better of the champ in the later rounds. However, when it come to the judges’ scorecards, he suffered a unanimous decision defeat.

During a recent interview with Helen Yee, Covington proposed he and Usman battle it out in an NBA-style best of seven series, which he’d think he’d convincingly win.

“There’s so much controversy from the first fight with the ref, so much controversy from the second fight with the judges and their opinion, so this trilogy needs to happen man,” Covington said. “We’re the two best fighters in the world, no-one is gonna come close to being on our level so we need to keep running this back. This is a fight that should be a best-of-seven series, just like the NBA Championship. When you have the two best teams from each conference, we’re the two best from each conference and we need to fight seven times. I think that’ll really tell who is the best fighter in the world. I honestly think I’d beat him 5 to 2.” (Transcribed by Sportskeeda)

Do you want to see Colby Covington vs. Kamaru Usman again?