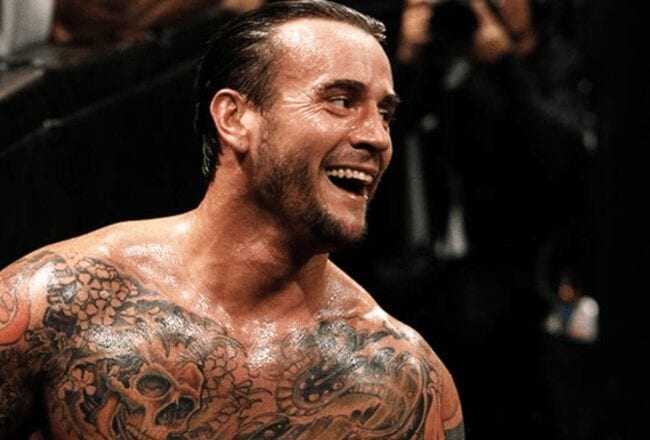 When CM Punk signed to the UFC in 2014, it started the debate of MMA vs Pro Wrestling all over again. Brock Lesnar had really been the original catalyst for that discussion, and was undoubtedly the most successful crossover from the world of WWE (world wrestling entertainment) or similar, to fighting.

Punk, also known as Phillip Brooks, has started training with Anthony Pettis and co. at Duke Roufus‘ facility Roufusport, so has some good teachers around him. The question is still there as to whether Punk will be any sort of talent as a fighter, as his roots are firmly in entertainment as opposed to actual combat. Talking to Wisconsin’s WI Sports, Brooks says they are essentially the same thing:

“The characters, the action, the media, the mouths,” Punk added. “There’s a reason people are interested in this, whether it’s good or it’s bad, whether they love me or they hate me.”

It’s clear how the transition between pro wrestling and fighting might be similar in terms of media obligations, hype work and other such entertainment based obligations, but the meat on the bone is very different. Time will tell whether Brooks is simply downplaying that fact, or overlooking it. On to the subject of when he’ll debut and at which weight, Punk said the following:

“I’m not sure,” Punk said. “My attitude is I’d fight tomorrow, but I’d pretty much know the outcome. I’m on an accelerated path. This is college and I’m cramming four years of college into one year.”

“This is just a guess, October, November, December. But we’ll see. I’m fully aware it could be later than that, could be earlier than that.”

There you have it. The biggest signing of 2014, CM Punk. How do you think he’ll fair in the world of MMA?

Kamaru Usman Will Corner Francis Ngannou to At UFC 270