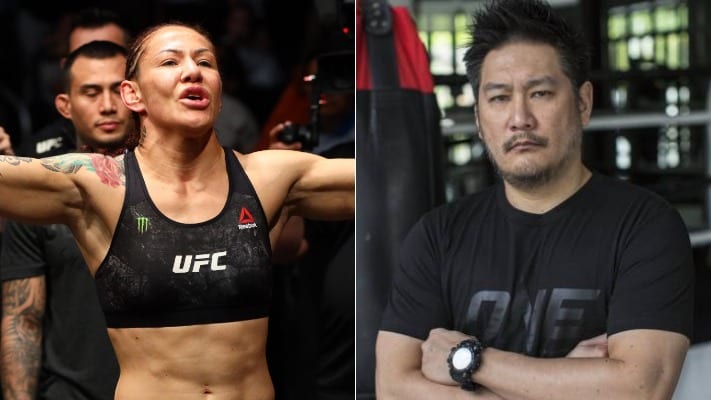 Dana White and the UFC are “out of the Cyborg business.”

The UFC boss has apparently released the ex-UFC women’s featherweight champion from her deal with the Las Vegas-based promotion. Cyborg fought the final bout of her UFC deal last month, but White said he will release the Brazilian from her exclusive negotiating period with the UFC to allow her to go wherever she wants.

It remains to be seen what becomes of Cyborg, but her situation has garnered a ton of attention from the mixed martial arts (MMA) community. Even ONE CEO Chatri Sityodtong has commented on the situation. Speaking to Sherdog, Sityodtong had nothing but great things to say about the former Strikeforce star.

“I love ‘Cyborg’,” Sityodtong said. “Not only is she the greatest female martial artist in history, but she also has a heart of gold. I respect most that Cris [Justino] wants to use her voice and platform to inspire and help the world.

“Ultimately, she is an inspiration to millions around the world for her life story, achievements, and her values.”

Cyborg last defeated Felicia Spencer at UFC 240 before finishing out her UFC deal. There was plenty of talk about having Cyborg re-sign with the UFC for a potential rematch with Amanda Nunes. However, that looks like it’s not going to happen given her current situation.

What do you make of Sityodtong’s praise for Cyborg after her UFC release?