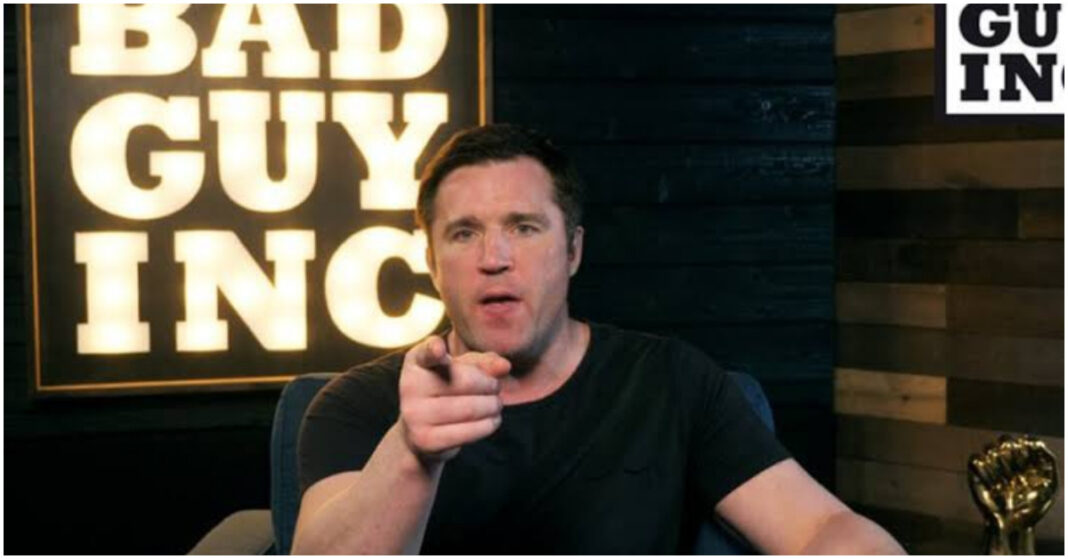 Sonnen said he admired Masvidal for living up to his BMF name by accepting a fight with someone he believes could spell the end of the road for ‘Gamebred’.

‘The Bad Guy’ also broke down the advantages and disadvantages that Masvidal is facing in the matchup, alluding specifically to how he and Covington never trained together at welterweight. However, shortly after he discussed the ways that Covington could cause so much damage to Masvidal that it could force him into retirement.

Around the 5:30 mark of the video below, Sonnen mentions that if Masvidal loses or puts up a poor performance on this high of a stage, it could be detrimental to his draw capabilities going forward.

“I really have got to show respect to Masvidal, because this is a career-ending fight,” Sonnen said. “It is that big of a deal. There will be that much attention and that much focus and that much hatred going into this battle. Jorge, who is the second biggest draw in combat (sports) right now, he’s coming off of two defeats.”

“If he goes out there and he gets taken down and he gets mauled for 25 minutes, it is going to take a lot of luster off of the shine that is the second biggest draw (in the UFC), the BMF, Jorge Masvidal. It’s a big deal and Jorge signed up anyway. God damn, I respect that!”

(transcribed by Jeffery Walter of bjpenn.com)

The grudge match was announced last week and it is expected to be the headliner for the March 5 PPV event at T-Mobile Arena in Las Vegas. Sonnen made it very clear that he believes this fight has the drawing power to be its own main event and if that’s the case he would like to see Masvidal put his notorious BMF belt on the line.

Masvidal is coming off back-to-back losses against champion Kamaru Usman. Covington also fell to Usman in his last outing so both fighters will be coming into the bout looking to get back on track towards a title shot.