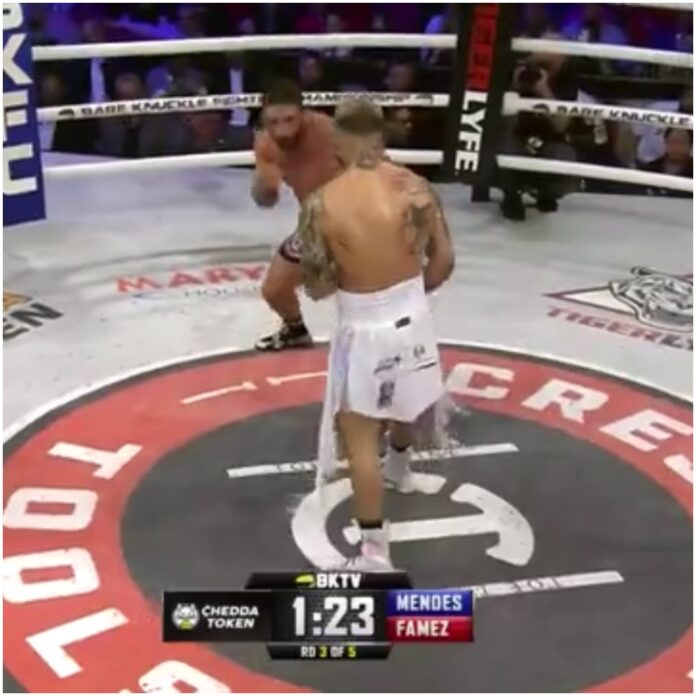 Chad Mendes makes his lightweight BKFC debut against Joshuah ‘Famez’ Alvarez and wins via TKO in the 4th round.

The first round was a very even affair and Mendes started the second round with a fast pace. Mendes landed a huge right hand at the end of the round and dropped Famez.

Mendes starts the third round with an even more explosive pace than the second round. He drops Famez at the end of the round once again.

‘Money’ drops Famez twice in the fourth round and wins the fight via TKO.

The relentless pressure from Mendes was entirely too much for Famez. Mendes gets his first win bare knuckle win at BKFC ‘Knucklemania II’.