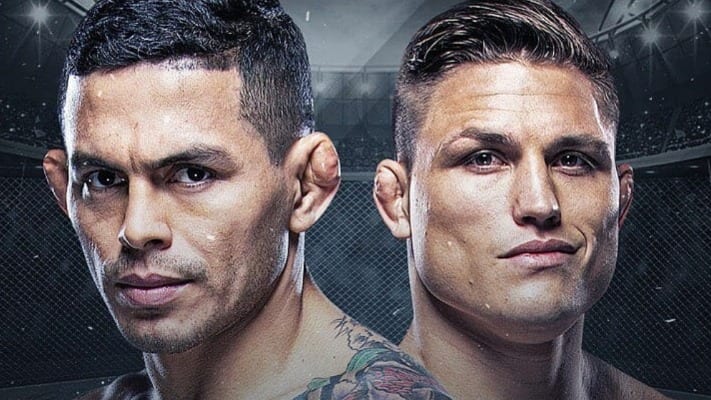 An intriguing ranked lightweight bout between Carlos Diego Ferreira and Drew Dober will no longer be taking place.

Ferreira and Dober were set to compete on the UFC’s upcoming November 7 card taking place at the Apex facility in Las Vegas.

However, the fight has now been scrapped after Ferreira reportedly suffered an arm injury that will prevent him from competing. The news was confirmed to MMA Fighting after an initial report from MyMMANews.com. UFC officials will now be looking for a replacement opponent for Dober.

It’s a big blow for both competitors as they were looking to climb the lightweight ranks even further. Ferreira has won his last six in a row and is currently ranked No. 8. His most recent win was a submission of Anthony Pettis at UFC 246 earlier this year.

As for Dober — ranked No. 14 — he is 6-1 in his last seven and is coming off three straight knockout wins, the most recent being over Alexander Hernandez.

The UFC’s November 7 card will be headlined by a pivotal light heavyweight bout between former title challengers Thiago Santos and Glover Teixeira.

Who do you think should step up on short notice and fight Dober on the card?