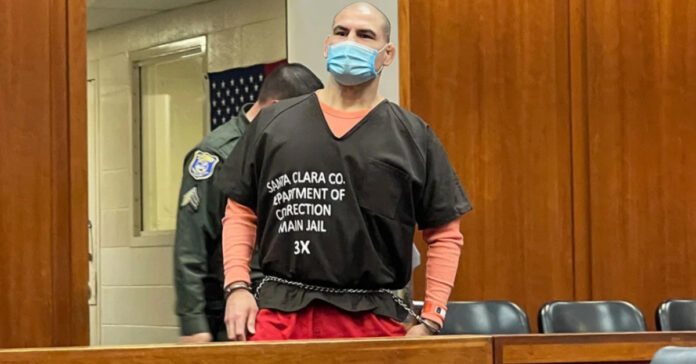 Cain Velasquez, a former undisputed UFC heavyweight champion, is set to be charged with premeditated attempted murder as well as a slew of other charges, after the Salinas native is alleged to have shot at a vehicle containing a male who was accused of molesting a close relative of Velasquez on numerous occasions.

As per an initial report from MMA Fighting reporter, Damon Martin, Velasquez, who has spent the entire time since the initial alleged incident behind bars in California, will be formally charged with premeditated attempted murder, as well as other counts brought against him, as the former UFC champion awaits trial.

“The judge rules that Cain Velasquez will be charged with premeditated attempted murder along with all other counts against him ahead of trial,” Damon Martin tweeted.

With the aforenoted judge set to issue his ruling in the case, Velasquez’s attorney has requested bail be set for his client.

“Judge goes back to recess until 2pm PT – Cain Velasquez’s attorney is arguing for bail to be set – the prosecution will have a chance to respond at 2pm before the judge issues his ruling,” Damon Martin tweeted.

Back in August of this year, Velasquez pleaded not guilty to charges of premeditated attempted murder.