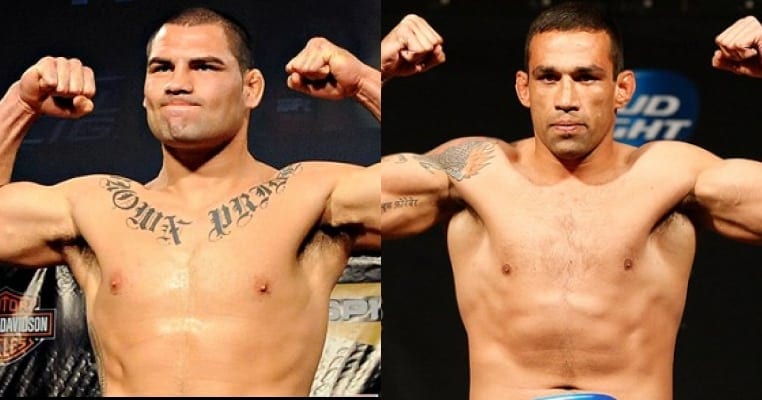 Earlier this week, we reported that former heavyweight champion Cain Velasquez was interested in a rematch with the man who took the belt from him at June 2015’s UFC 188, Fabricio Werdum. Velasquez appeared to be the leading option for the next shot at current titleholder Stipe Miocic, but it appears as if the Mexican American isn’t willing to wait for Miocic, who’d like to take some time off after fighting three times over the last nine months.

Now just days later and it seems as if the bout is all but confirmed. According to a report from MMAJunkie, which was later confirmed by MMAFighting, both Velasquez and Werdum have agreed to rematch at December 30, 2016’s UFC 207 from Las Vegas, Nevada.

After being submitted by “Vai Cavalo” in Mexico City, Velasquez took some time off, but bounced back at July 9’s UFC 200 by steamrolling through Travis Browne in the first round of their main card bout.

Werdum also got back into the win column against Browne at last weekend’s (September 10, 2016) UFC 203 via unanimous decision. Prior to that bout, the Brazilian surrendered his strap in brutal fashion to Miocic last May.

The winner of this potential bout between Velasquez and Werdum will likely receive the next shot at gold.

UFC 271 Will Showcase The Best Of Australasian MMA