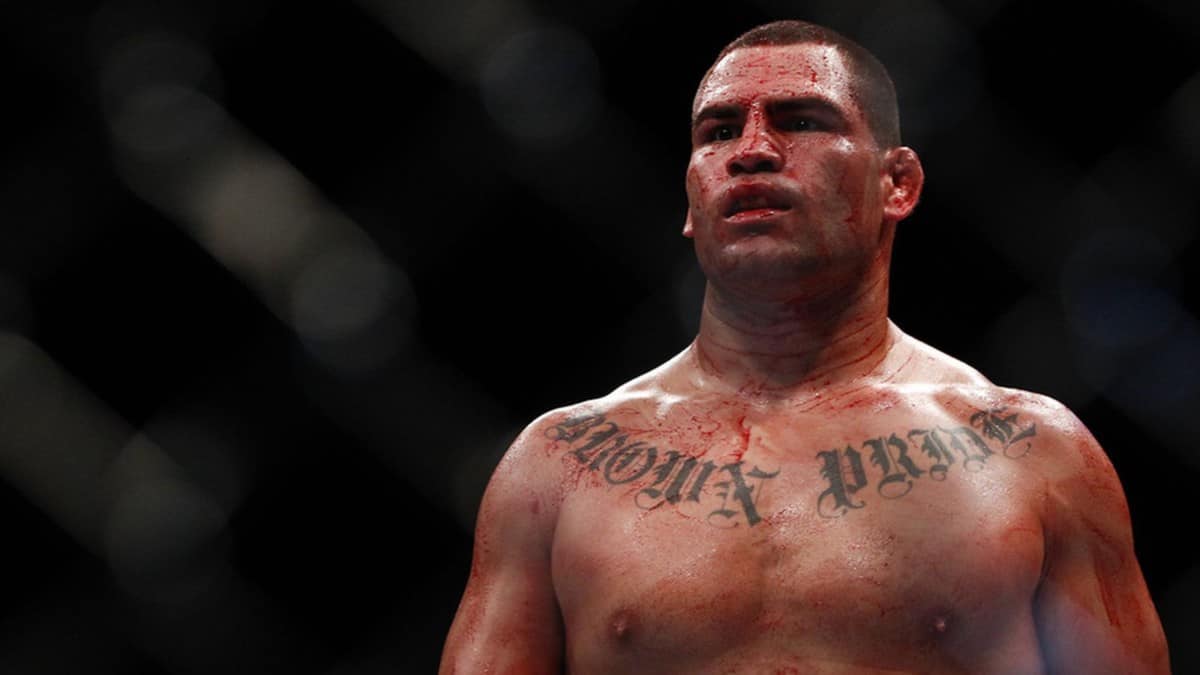 Former UFC heavyweight champion Cain Velasquez is scheduled to rematch fellow former champion Fabricio Werdum at next Friday’s (Dec. 30, 2016) UFC 207 from Las Vegas, Nevada. In a recent interview with ESPN.com, however, Velasquez detailed a back injury that he’s been dealing with, which has forced him to use Cannabidiol throughout training camp, as well as to schedule a surgery a few days after UFC 207.

After this interview went public, speculation begin to run rampant and rumors began to swirl indicating that Velasquez was off of UFC 207. However, the ex-champion recently confirmed to MMAFighting.com that he is indeed fighting next week:

“Obviously, with the past interview that I did about what’s going on with my body and everything else, somebody just thew out something that was bogus on social media, and you know how that is, everybody has a voice now. It wasn’t true. I am ready to fight. I’m ready to win.”

Velasquez does, however, need to receive more clearance from a doctor, which was a request made by the UFC, but he is not worried at all:

“I’m doing that tomorrow,” he said. “He’s going to look me over and give me the green light and then call the UFC and do the same there. Yeah, it’s going to be an easy process, definitely. I’ve been working out now for two months, doing everything: wrestling, sparring … I’ve been throwing out stuff on social media to show that I am ready. You know, me hitting mitts, that was yesterday.”

Obviously with Velasquez mentioning this situation before the fight he has received a bit of criticism, as some feel as if he will have an excuse if things don’t go his way on fight night, but the former champion assures that’s not the case. In fact, he’s determined to get ‘revenge’ on Werdum, who submitted him in June 2015 to steal the title:

“I never throw out excuses, regardless of what’s been going on,” Velasquez noted. “People will see on the 30th. I’m confident in what I have and what I can bring to the table. I know what Fabricio’s about, he likes to throw these little jabs outside of the ring, but it’s all good, man. We get to do it in the cage. Regardless of who it was, I would fight. It’s not just Werdum, but I definitely want to win this fight. With him beating me last time, I want to get that revenge, and I will. That will happen.”

What do you make of this situation and who do you expect to come out on top when these two meet?