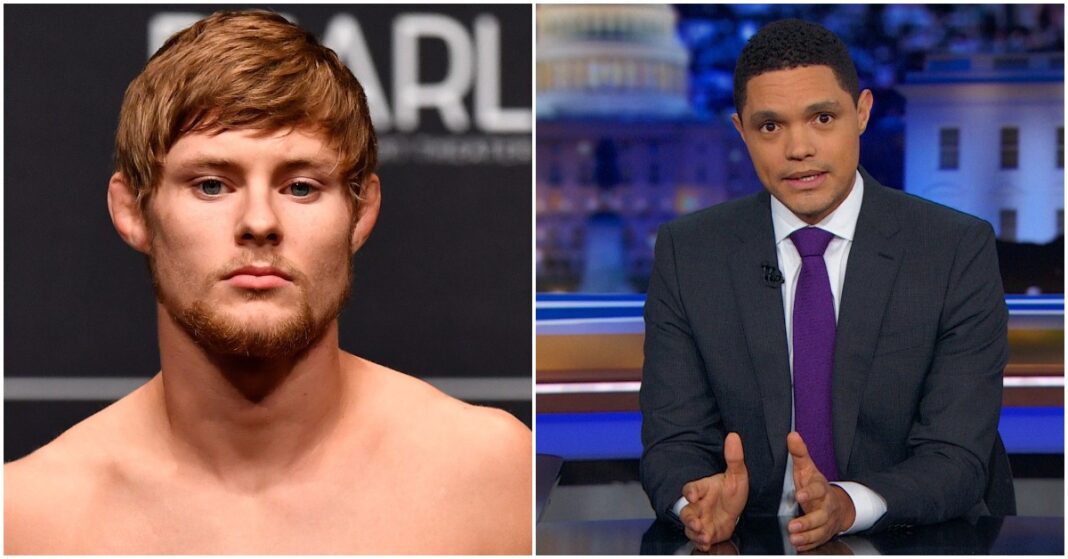 Bryce Mitchell took to social media to reveal he wanted to fight the host of The Daily Show Trevor Noah.

Not one for normally calling on celebrities to fight, Thug Nasty revealed it was Noah’s comments towards the ‘average working man’ that gave him the fuel he needed.

The video can be found here:

“sumone tag this fool trevor noah. lettem kno i wanna do a charity fite. haha it would b funnier than any of that crap he said on comedy central thats for sure. since hes an entertainer mayb hell take this grand opportunity. and no i dont hate him i just wanna give him a feel of how hard the average workin man hits. he wouldnt b so quick to make fun of us. and God bless yall fitin for our freedoms”

Trevor Noah made comments towards Canadian truck drivers who have lost their jobs which didn’t sit well with Mitchell. In the full video, Mitchell goes on to say he’s willing to take on Noah with his hands behind his back and that any money that would potentially be made from this fight would all be going to charity.

Although Bryce Mitchell clearly wants to take on Trevor Noah in a charity fight later down the line, he’s got an immense obstacle to try and get through at UFC 272 in the form of Edson Barboza. Mitchell will be looking to extend his unbeaten streak to 15-0 and his stint inside the UFC to 6-0 with a victory over the Brazilian. Barboza an experienced veteran inside the cage will be looking to bounce back from his TKO loss to Giga Chikadze and hopes to take some of the hype away from Bryce Mitchell and use it to spur on his own aspirations as he enters his 27th fight in the promotion.

Who do you see leaving with their hand raised at UFC 272?