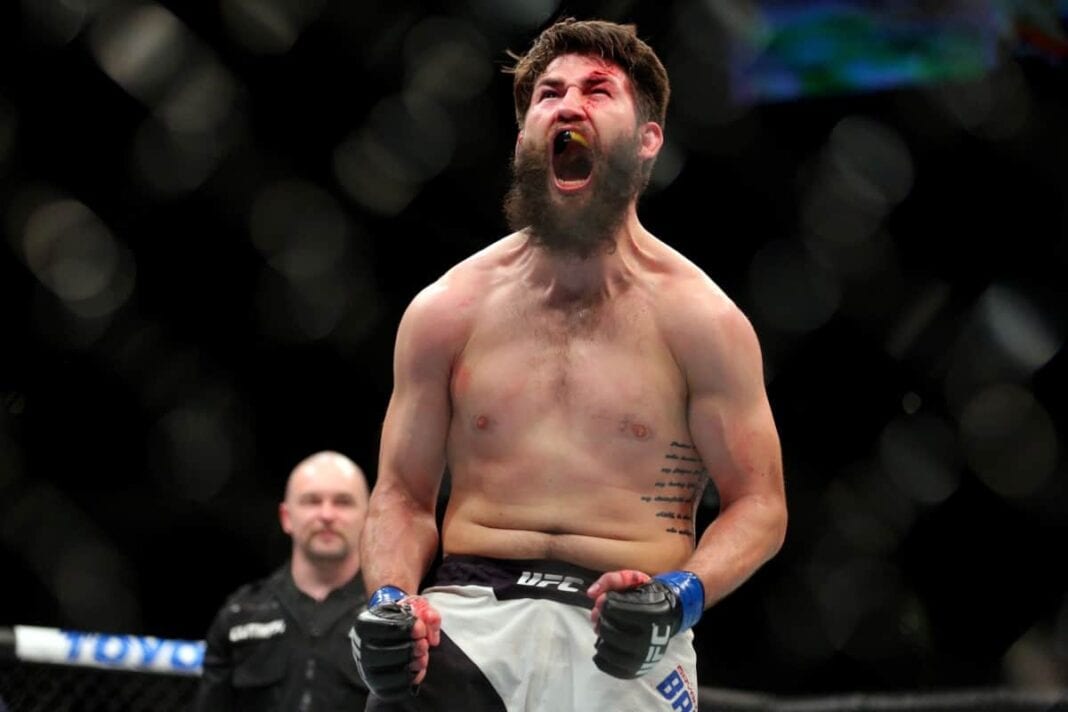 A welterweight tilt between Warlley Alves (10-1) and Bryan Barberena (12-3) kicked off the main card of UFC 198 at Arena da Baixada in Curitiba, Brazil. “Bam Bam” looked to capitalize off his hype stopping performance over “Lookin’ For A Fight” darling Sage Northcutt back in January. Alves had other ideas as he was intent on keeping his undefeated record intact.

Barberena was pelted with a hard kick to the body early on. The Brazilian blasted his opponent with a straight right and then latched onto a guillotine choke. “Bam Bam” popped his head out, but Alves worked his way back up. Alves missed a spinning wheel kick. A leg kick found the target for Barberena. A short elbow in the clinch landed for Barberena. Alves responded with a punch to the body. Alves backed his opponent against the fence with kicks. Barberena landed some leg kicks, one of which sent Alves’ knee to the canvas before the end of round one.

A cut formed under the left eye of Alves early in the second stanza. A left hand followed by a straight right conencted for Barberena. He then got in a knee to the body. The Brazilian was breathing heavy with two minutes left in the round. The two traded body kicks. “Bam Bam” landed an elbow on the clinch break. Barberena tagged Alves with a straight left hand.

An inside leg kick connected for Barberena early in the final frame. He reversed a clinch position and tripped Alves to get his back away from the fence. A combination to the head and body landed for “Bam Bam.” Alves landed a flying knee to the body. Barberena landed a series of punches to the head. Alves landed a jab. “Bam Bam” continued landed punches. Alves landed a left hook and missed a wheel kick. Barberena continued throwing punches until the final horn sounded.