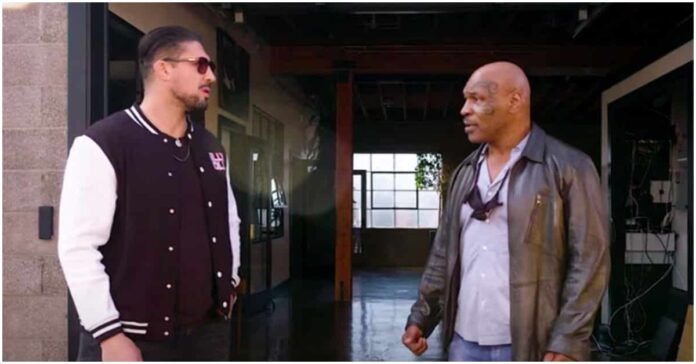 Schaub was part of a four-hour-long podcast called ‘The Lion’s Den with Mike Tyson and Friends‘ and during the show, the question was asked, “Mike Tyson in his prime vs Tyson Fury in his prime. Who wins?”

“Mike, before you answer, this is no disrespect but for me, technically-wise, Fury can go defense,” Schaub said. “His footwork is great. To me, as far as technique-wise, he is the best we’ve ever had.”

‘Iron Mike’ seemed to shrug off Schaub’s comment and the question. Tyson takes pride in the fact ‘The Gypsy King’ was named in his honour.

“Listen, just him being Tyson Fury shows my greatness,” Tyson replied. “I don’t know. I don’t care if he could beat me or not. His name is Tyson. He can beat me but I don’t care he is named after the greatest fighter that ever lived.” (Transcribed by GiveMeSport)

Mike Tyson Appears To Be Done With Boxing

The former heavyweight king returned to boxing after 15 years in retirement when he faced Roy Jones Jr. in an exhibition bout in November 2020. Tyson recently suggested that he would not fight again as what he saw as a fun comeback others viewed as the chance to make money.

“Guys want to fight me for $100 million,” Tyson said on The Full Send podcast. “I don’t think I’ll ever do stuff like that anymore. I wanted to do it the first time [against Jones], just for fun, to have fun. Some people took it to another level and made it financial and the fun went out of it.”

Do you agree with Brendan Schaub? How do you think Mike Tyson vs. Tyson Fury would’ve played out?