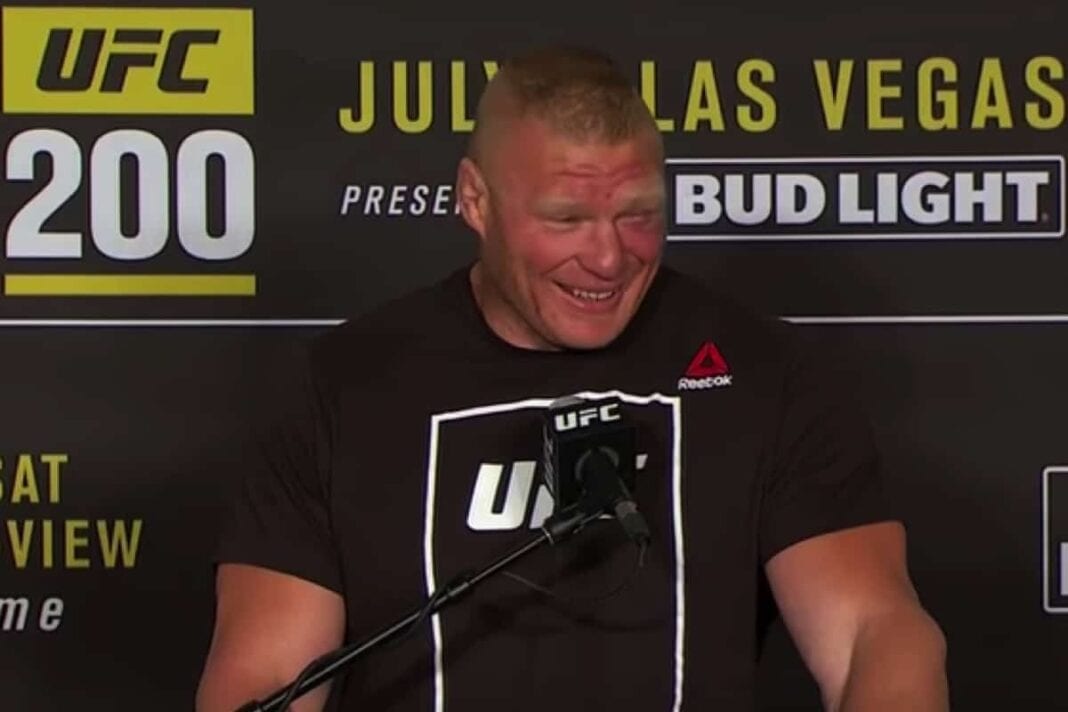 For Brock Lesnar fans hoping to see their favorite fighter exonerated, the going just got a bit rockier.

News just arrived from the UFC that Lesnar, who was flagged for a potential USADA violation after he failed a June 28 out-of-competition, also failed an in-competition drug screen for the same substance after his unanimous decision in over Mark Hunt in the co-main event of July 9’s UFC 200.

“The UFC organization was notified today that the U.S. Anti-Doping Agency (USADA) has informed Brock Lesnar that his in-competition sample collection from July 9, 2016, at UFC 200, has tested positive for the same substance as his previously announced out-of-competition collection on June 28, 2016.

“USADA, the independent administrator of the UFC Anti-Doping Policy, will handle the results management and appropriate adjudication of this case. It is important to note that, under the UFC Anti-Doping Policy, there is a full fair legal review process that is afforded to all athletes before any sanctions are imposed. The Nevada State Athletic Commission also retains jurisdiction over this matter as the sample collection was performed at UFC 200 in Las Vegas.

“Consistent with all previous potential anti-doping violations, additional information will be provided at the appropriate time as the process moves forward.” 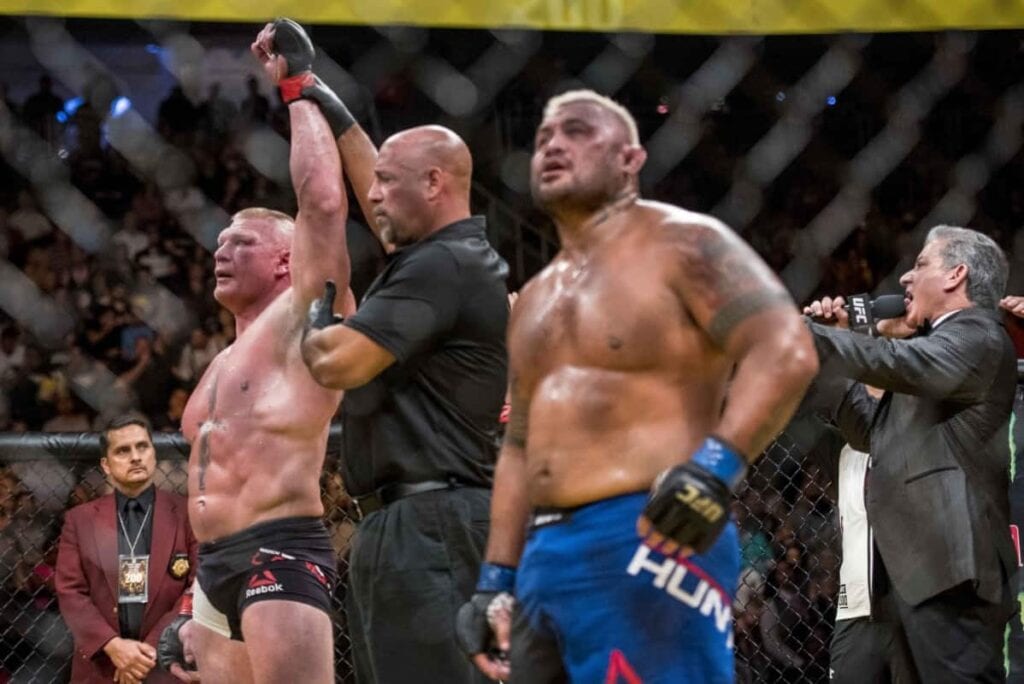 Former UFC heavyweight champion Lesnar had made a successful return to the world of MMA after four-and-half years away from the sport, beating fan favorite slugger Hunt heavily for the better part of three rounds at UFC 200.

But since news about his failed out-of-competition test broke last Friday (July 15, 2016), ‘The Super Samoan’ has been incredibly vocal about wanting half of Lesnar’s $2.5 million purse before asking for it all outright.

Overall, it’s jsut a terrible look for the UFC, who had their most hyped – and supposedly ‘biggest & baddest’ – card ever in UFC 200 absolutely ruined by its two main headliners testing positive for banned substances, and in an era when the UFC has spent millions and partnered with USADA to clean up the sport.

Lesnar is scheduled to appear for WWE at Summerslam on August 21, 2016.