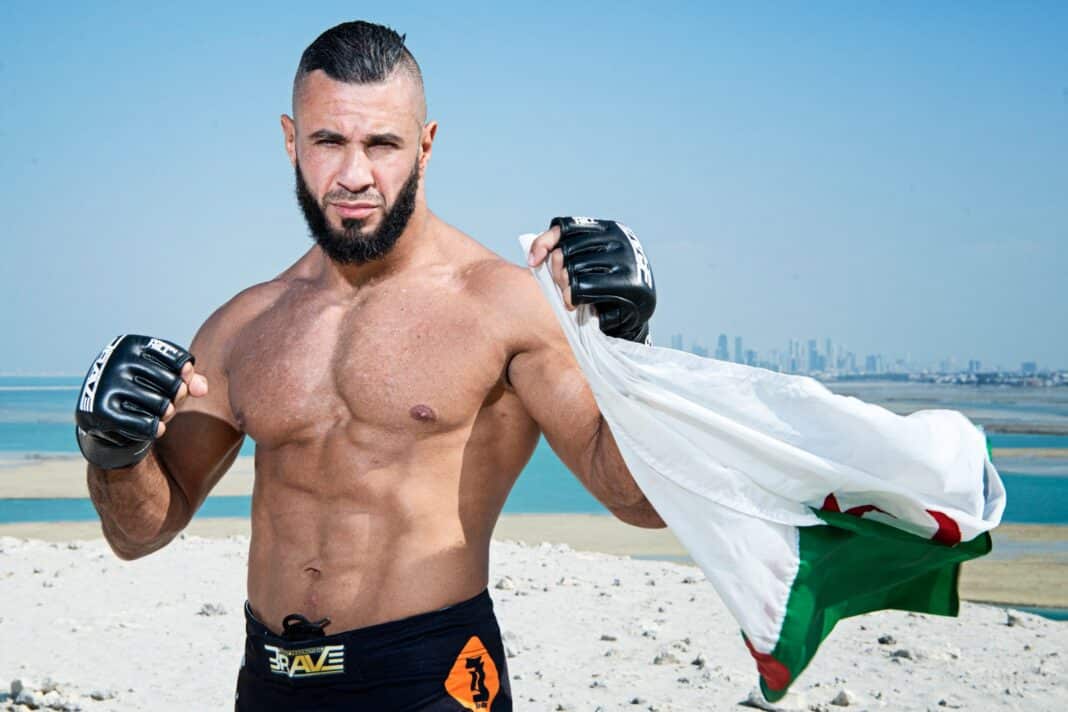 The pair’s bout headlined BRAVE CF’s entry into the Italian market, with BRAVE CF 52 taking place in Milan, Italy. The bout was billed as one of the most anticipated main events in the promotion’s history due to the tense nature of the build-up with both fighters, with heated comments flying back and forwards between the two.

Fakhreddine was looking to make history by becoming the promotion’s first champ-champ after he captured the middleweight strap last September.

However, the Lebanese fighter found himself on the receiving end of a powerful left hook in the closing stages of the opening frame. Said Maalem capitalized on his success by following up with a vicious series of shots to seal the deal.

The newly-minted champion was gracious in victory and paid tribute to Fakhreddine in his post-fight interview.

“I have no issue with Fakhreddine at all. We are brothers before God, he’s a good man, and I like to think I am too. I respect him, his team, and his country of Lebanon. The only thing in my mind now is happiness, happiness for becoming the world champion”, he said.

Fakhreddine repaid the respect with respect of his own and also revealed that prior to the fight, a close friend of his had lost his life.

“I don’t mean it as an excuse but I just heard that a huge friend of mine got shot and killed, like 3 hours before the event. It was devastating. I was hit on the back of the head too a few times, the ref didn’t see it. But it is what it is. I want to congratulate Said Maalem for his world title”, Fakhreddine said.

The 36-year-old is one of the veterans of the Middle Eastern MMA scene, and his return to the middleweight division to his belt will no doubt be a major event when it does take place.

Said Maalem’s win was far from the only stoppage of the night. In fact, none of the seven fights on the card went the distance, making for an action-packed spectacle.

One of the show’s highlights was Moldova’s Valeriu Mircea, with the ‘The Solitary Wolf’ bouncing back from his loss at BRAVE CF 50 to record a stunning first-round KO win over Austria’s Ayub Gaziev. Mircea needed less than a minute to level Gaziev, which he did with a clean straight right.

BRAVE CF now takes the show on the road to Almaty, Kazakhstan, with BRAVE CF 53 taking place on Sat. Aug 21.

Here are the full results from BRAVE CF 52