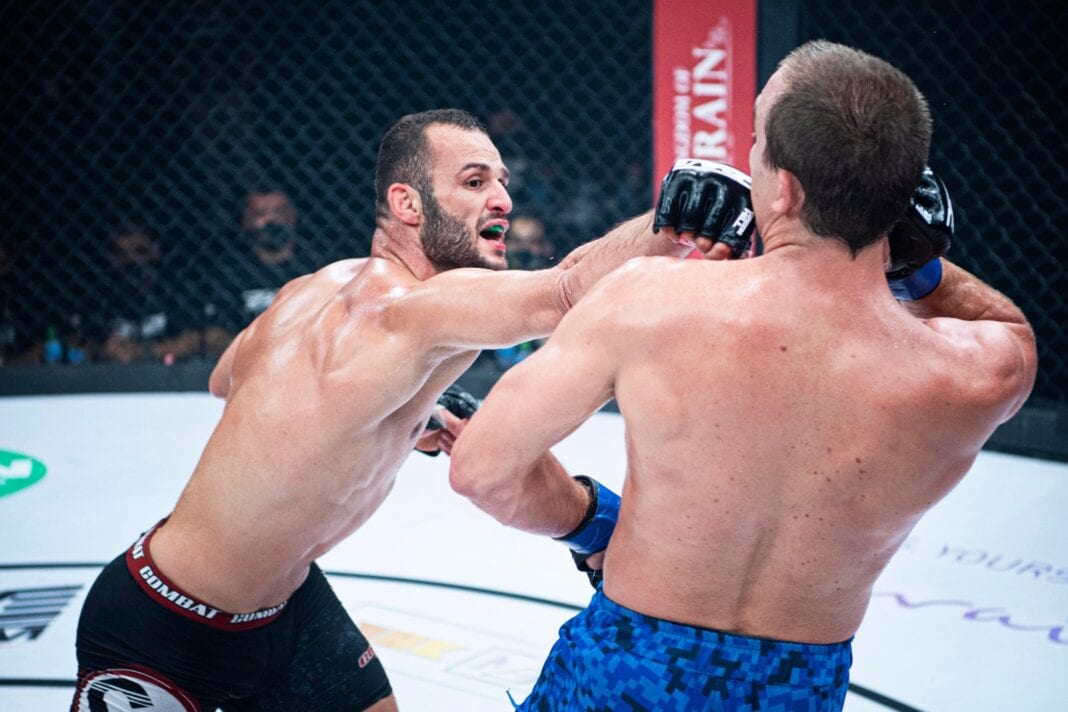 BRAVE CF 43 went down today ( Thur. October 1) with the seven-fight card taking place in the Gulf State of Bahrain.

In the main event, BRAVE CF welterweight champion Jarrah Al-Silawi moved up a division for a middleweight clash with Holland’s Melvin van Suijdam. Al-Silawi, controlled the fight for the majority of the contest, after feeling out van Suijdam in the bouts opening moments. The Jordanian fighter picked apart his opponent before showing off his grappling abilities in the final round, going on to earn a unanimous decision victory.

Al-Silawi will now look at defending his welterweight title or taking on Mohammad Fakhreddine, the current middleweight champ. The pair have fought twice before with each man holding a win apiece.

“It was a huge responsibility being the champion and coming here but I’m really confident in my skills and my preparation and I’m happy that I was able to come here and get this win,” Al-Silawi said, following the contest.

“I’m not sure what’s going to next, I’m probably getting back to Welterweight and defend my title, but I’d be happy to return here to Middleweight and see what happens, maybe even fight for the title.”

Rising star Muhammad Mokaev maintained his perfect start to his professional MMA career , moving to 3-0 with a third-round submission win over the UK’s Jamie Kelly. The two-time IMMAF World Champion started fast and showcased his stand up ability in the opening two rounds. The 20-year-old dropped Kelly in the final minute of the opening stanza and started the second with a pair of spinning back elbows, Kelly by this stage, was bleeding heavily from his nose.

The 21-year-old Kelly never stopped coming forward searching for a shot to change the fight, but Mokaev was too slick and too fast to be caught by anything Kelly was throwing. After taking Kelly down and locking in a rear-naked choke, the Dagestan-born fighter wrapped up the bout in the third.

“I respect Kelly a lot, we come from the same city, we have similar fanbases, and I know he’s good and respectful,” Mokaev said in his post-fight interview.

“It’s the first time for me, fighting here in Bahrain as a professional, despite having fought here 9 times as an amateur. I feel like Bahrain is my second home. ”

Exclusive: Sean Santella Is Ready For BRAVE CF’s Entire Flyweight Roster ‘Put Me In There With Whoever’