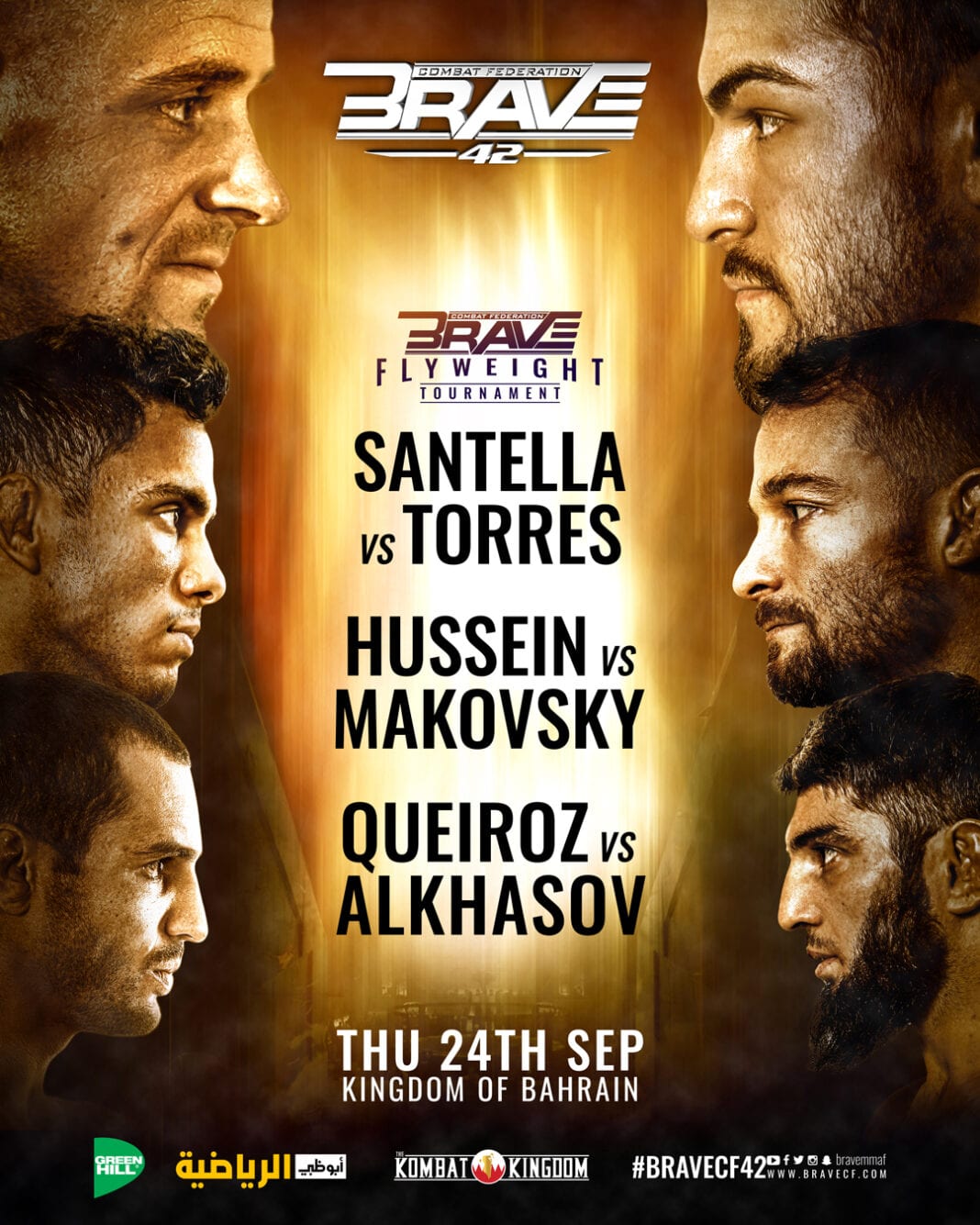 BRAVE CF 42 goes down today (Thur. September 24) with the six-fight card taking place inside the Bahrain National Stadium, Bahrain. This event is the second of three consecutive events the promotion is holding in the Gulf State, with BRAVE CF 43 scheduled for October 1.

BRAVE CF 42 will feature the opening round of the BRAVE CF Flyweight Grand Prix. The promotion has been trying for some time to crown its inaugural flyweight champion. However, injuries, fighters missing weight, and unforeseen withdrawals have meant the title has remained unclaimed.

In the main-event, compatriots Sean Santella and Jose Torres will square off in their flyweight quarterfinal clash. Santella is a veteran of the US regional scene, while Torres only has one loss on his record and is eager to stamp his mark as one of the world’s top flyweights. Before they do battle, Brazil’s Flavio Queiroz and Russia’s Velimurad Alkhasov will meet in the co-main event in the nights other Grand Prix matchup.

The Alkhasov-Queiroz clash winner will face former Bellator bantamweight champion Zach Makovsky, who advanced to the semi-finals after his opponent, Abdul Hussein, was struck down by illness. Alkhasov’s first and only loss of his career came at Makovsky’s hands back in January at BRAVE CF 34, when he lost via split decision. The Chechen fighter would no doubt love to rematch Makovsky, as well as earning another shot at the title. Alkhasov fought for the belt back at BRAVE CF 18, where he defeated his opponent Marcel Adur but was ineligible to claim the title due to him missing weight.

The seven bout card kicks off at 12:00 pm (EST) and can be watched by US fans on Fite or the Fight Network.