LowKickMMA.com
Home MMA News Bobby Green Pulls Out Of Fight With Al Iaquinta Due To Injury 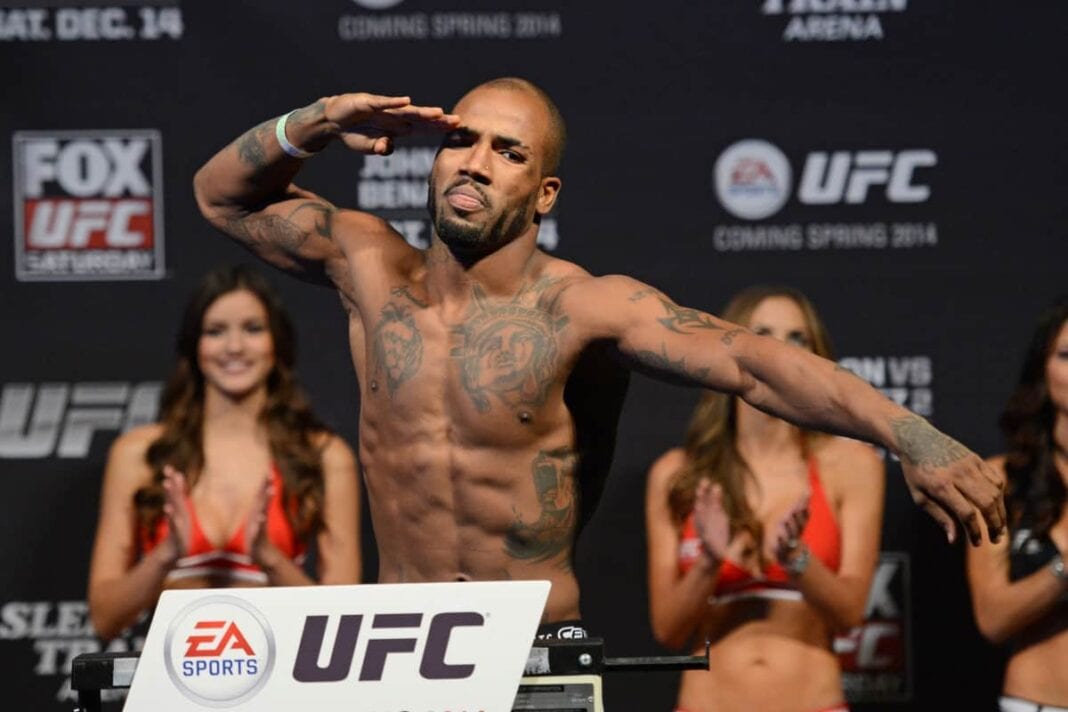 Bobby Green has reportedly pulled out of his bout with Al Iaquinta due to an injury suffered in training. The two were supposed to fight at UFC Fight Night 71.

Ariel Helwani of MMA Fighting.com goes on to report that the UFC is currently searching for a replacement opponent for Iaquinta.

The two have exchanged words over Twitter about fighting each other and you should expect more words to be exchanged due to their fight being called off.

UFC Fight Night 71 will be held on July 15, 2015, at the Valley View Casino Center in San Diego, California and be aired on Fox Sports 1 and UFC Fight Pass.