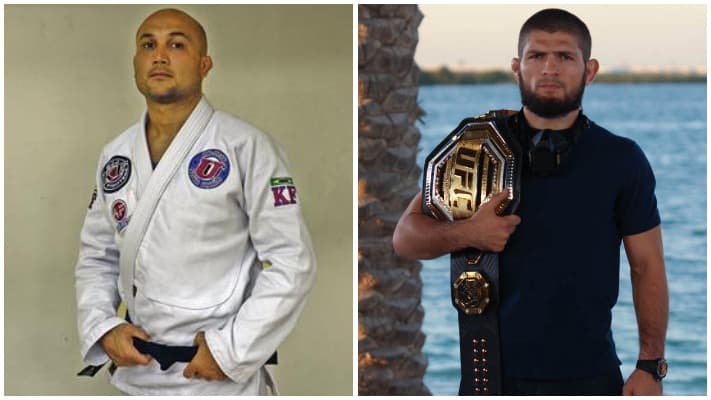 BJ Penn has a theory about why Khabib Nurmagomedov never jumped up to welterweight in pursuit of double-champ status.

‘The Eagle’ retired in October 2020 and recently declared himself the best lightweight fighter of all time, putting Penn second on his 155lb GOAT list.

Penn responded to Khabib’s comment and seemed to think the debate for the greatest lightweight fighter of all time was not as clear-cut as the undefeated Russian made out. The Hawaiian also noted his move through the weight classes and Nurmagomedov’s reluctance to compete outside of the 155lb division.

‘The Prodigy’ has now explained why Nurmagomedov never moved up to welterweight to take on Kamaru Usman.

“Since Khabib has been saying he is the greatest lightweight of all time and I am number 2 best lightweight many people have been asking me why didn’t Khabib fight Usman for the 170 pound belt or compete for 170 belt like I did many times… in my humble opinion it is because he is not proficient and confident in jiujitsu,” Penn wrote on Instagram.

“I believe the reason behind Khabib not fighting Usman is because he does not know jiujitsu like I did and he is not comfortable fighting off his back against someone who is bigger and stronger than him like I did many many times in my career.
I fought at 170 185 and heavyweight and every fight I had to fight from my back and survive and come back and fight harder if I was to get a victory.

“It’s because of my jiujitsu black belt 🥋 experience and fighting in my weight and absolute division for years that always prepared me for this…Gracie jiujitsu and Brazilian jiu-jitsu alone is not enough to be UFC champion but to choose one system BJJ is still the greatest self defense system in the world especially for the little man to fight the big man.

“It was just part of the game…
Khabib says jiujitsu is easy and he is the best grappler ever but he did not fight bigger opponents in higher weight classes because his style is not prepared for this …and that’s what jiujitsu was created for.. for the little man to defend himself from the big man! That is martial arts, that is self defense !!”

Do you agree with BJ Penn? Did Khabib Nurmagomedov’s lack of BJJ skills stop him from moving through the UFC divisions?