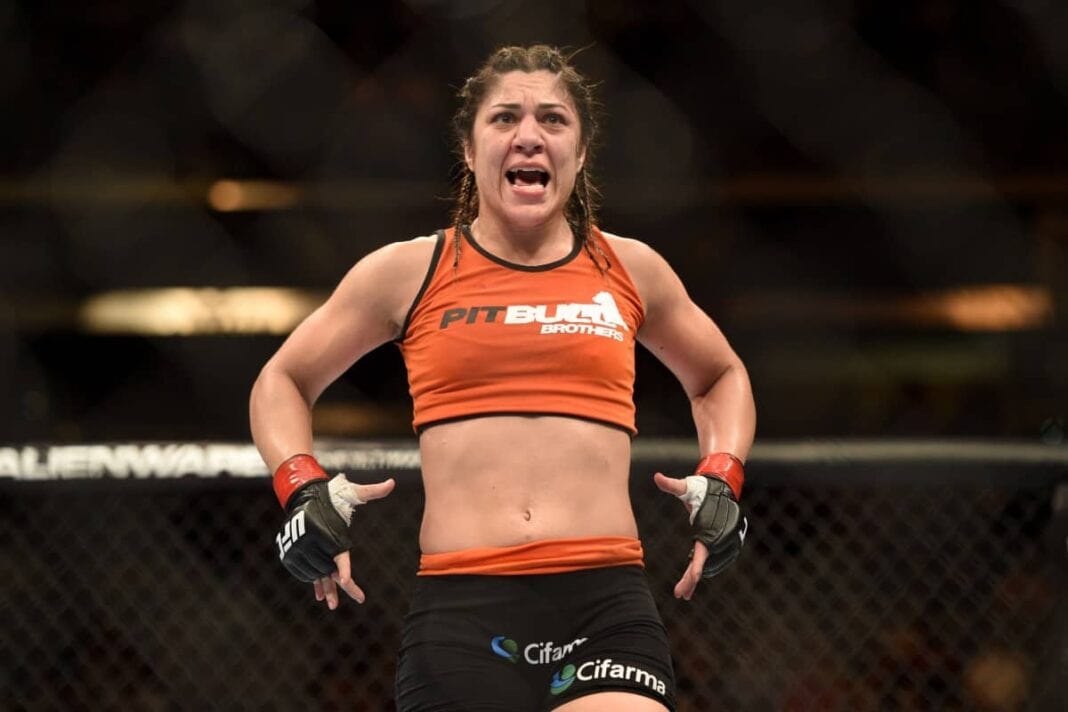 All of the trash talk leading up to UFC 190 did great for not only generating buzz around the event but also fired up UFC bantamweight champion Ronda Rousey. Former women’s bantamweight No. 1 contender Bethe Correia found out this the hard way as she was finished early in the first round of their fight.

Following that fight, Correia knew that she had to make changes to improve her game. The biggest thing she could have done is to change gyms and that’s exactly what she did. Correia revealed in a recent interview with Combate that she will be training at American Kickboxing Academy (AKA) for her next bout.

“”I had the great honor of being invited by Leandro Vieira, AKA jiu-jitsu coach, to spend a season training there. I had already heard a lot of AKA, because the team is very strong, with champion athletes and former UFC champions such as Daniel Cormier and Cain Velasquez, beyond Leandro, who is known worldwide because of his jiu-jitsu. I am very excited to train hard in a gym top I know it is known as a family and I know that will be very welcomed and trained there. I have a great potential to further show the UFC and I want to show the new Bethe. After the fight against Ronda, passed all the teasing I listened, I know that everybody will want to see how I’ll be back, especially now that I’ll train outside of Brazil. I know everyone is curious to see my next fight, to see if I’ll be able to make this turnaround. And I will, I will be like a phoenix, I will rise from the ashes. I’m Brazilian and I never give up.”

Correia said a few week’s back that she will fight Rousey again in 2016, but she obviously understands that she’ll have to put together some wins before doing so.

Rousey will meet Holly Holm at UFC 193. As far as Correia goes, there’s no word on when she’ll fight again.