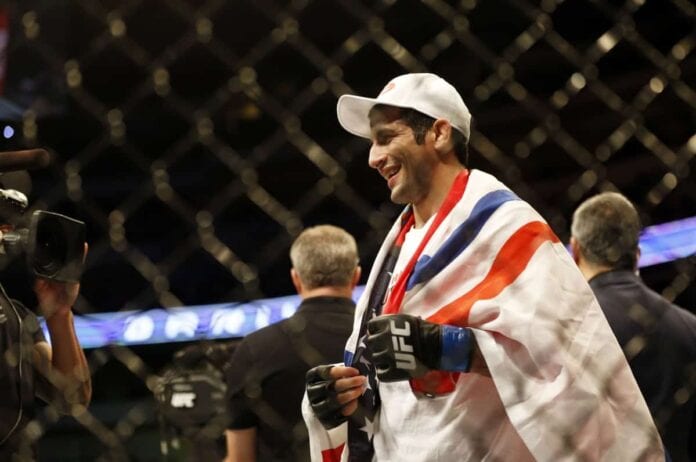 Beneil Dariush is scheduled fight Michael Johnson in the co-main event spot at next Saturday’s UFC Fight Night 73 event. Not only is it a big fight for him, but Beneil Dariush mentioned in an interview Tuesday with MMAjunkie Radio that he is agitated with Johnson.

While Dariush never went into details as to why he’s agitated with Johnson, he did confidently proclaimed, “I’ll beat him everywhere.”

“I’m not going in there giving this guy anything,” Dariush said.

UFC Fight Night 73 will be held on Saturday, August 8, 2015 at the Bridgestone Arena in Nashville, Tennessee and be headlined by a light heavyweight bout between former title challenger Glover Teixeira and Tennessee native Ovince Saint Preux.

The event’s preliminary bouts will air on UFC Fight Pass and Fox Sports 2 while the main card airs on Fox Sports 1. The event will begin at 7 p.m. ET.