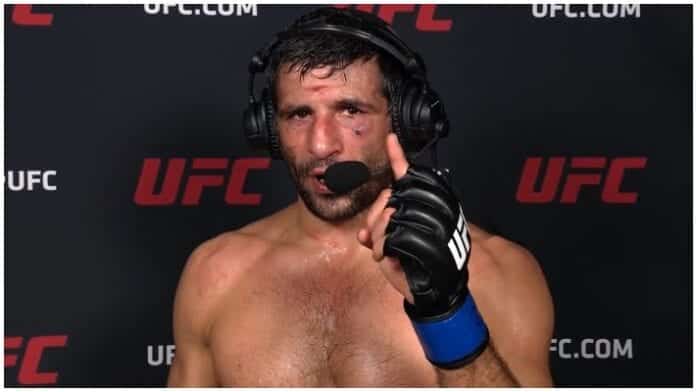 Beneil Dariush was not taking his frustrations out on the UFC matchmakers after all.

After coming out on top against Carlos Diego Ferreira in their UFC Vegas 18 matchup last night, Dariush seemingly took aim at them for not giving him or Ferreira a top-10 opponent but instead, making them face each other.

However, Dariush was actually addressing the top-10 rather than Sean Shelby and the rest of the matchmakers as he clarified his comments later on.

“I appreciate Sean Shelby. He’s called me every time and he’s talked to me and he’s explained his situation. I was a little off about that, so I have to say sorry to Sean. Sorry, Sean.”

With his win over Ferreira, Dariush should enter the top 10 of the UFC lightweight rankings next week.

What do you make of his complaints?