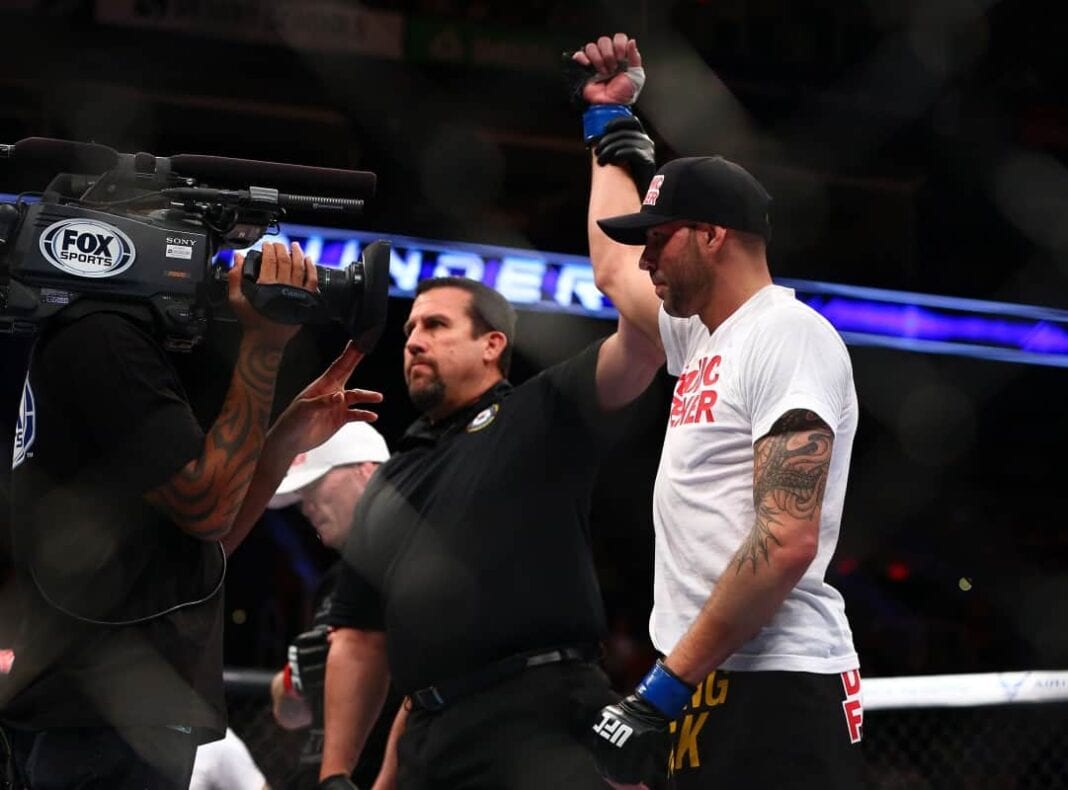 A report surfaced from Sherdog.com that welterweight Ben Saunders has been forced out of a co-main event bout against Erick Silva with an undisclosed injury.

The veteran Saunders made a triumphant return to the UFC last year, submitting Chris Heatherly with a thoroughly impressive omoplata to earn a ,000 “Performance of the Night” bonus at last August’s UFC Fight Night 49. He then picked up an anticlimactic victory over fellow returnee Joe Riggs when ‘Diesel’ injured his neck during a first round takedown.

Silva was last seen submitting Mike Rhodes at December’s UFC Fight Night 58 from Barueri, Brazil, a bonus-winning finish that got him back on track after his classic UFC Fight Night 40 war with Matt Brown. Long thought to be the future of the welterweight division, he’s fought with a huge amount of inconsistency by trading victory and defeat throughout nine UFC bouts.

The UFC has not made an official announcement about Saunders’ withdrawal. It remains unknown as to whether or not the promotion will seek a replacement for Silva on short notice.

The alleged news comes as a devastating blow to the card, which features a welterweight affair of Demian Maia vs. Ryan LaFlare will take place at the Macaranazinho Gymnasium in Rio, as the event was originally set to feature a bantamweight rematch between Urijah Faber and Raphael Assuncao until Assuncao was forced out with another injury.

Next to pull out was lightweight Josh Thomson, who withdrew from his proposed co-main event against Gilbert Burns after reportedly getting knocked out in training. ‘Punk’ was replaced by Brazilian newcomer Alex Oliveira.

Welterweight Matt Wiman was also forced to withdraw from his bout with Leonardo Santos due to a back injury.

With Saunders off the card, here is the current UFC Fight Night 62 lineup: