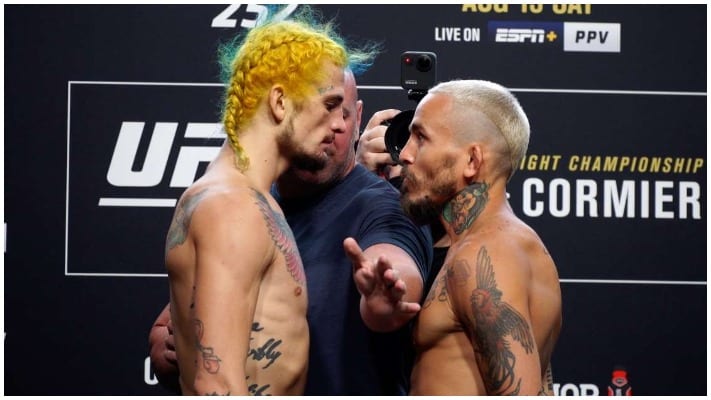 Ben Askren was not a fan of Sean O’Malley’s UFC 252 performance against Marlon Vera.

In the co-main event of the card, O’Malley was set for the toughest test of his career. It was a very intriguing matchup but many favored O’Malley to get the job done. Yet, that was not the case as Vera won by first-round TKO, partly due to the fact “Sugar” injured his ankle.

“He wanted to just be out of there for whatever reason,” Askren said of O’Malley on Monday on ESPN’s DC & Helwani show (via South China Morning Post). “It’s a fist fight. Deal with it. I’m saying he shouldn’t have done that. Yes, [O’Malley] was in pain obviously. Listen, if you don’t have the expectation that you’re gonna be in pain when you get into a fist fight, you’ve got some bad expectations.”

Due to the foot injury, Sean O’Malley left the Octagon and the arena on a stretcher. That move got a lot of flack on social media by fighters and fans. For Askren, he says if someone tried to put him on a stretcher he would’ve fought someone.

Even though it is O’Malley’s first career loss, Ben Askren believes the rising star needs to grow up.

“If they tried carting me out because of an ankle injury, I would’ve fought someone over that,” Askren said of O’Malley. “You’re not putting my ass on a stretcher because I got an ankle injury. I got one other good leg, and I’m gonna hop all the way to the back. Leave me the F alone. I think he needs to grow up.

“It’s part of growing up. In life, you have failures, you have struggle,” Askren added. “You’re gonna learn from them. Obviously, he hasn’t lost a fight to this point, so he probably hasn’t experienced those really hard things and really, at this point, embarrassment also. He was building himself up and got his ass kicked by ‘Chito’ Vera. He’s probably a little embarrassed by that, as well. Hey, that’s part of it. Get up, rub some dirt on it, hop yourself to the back.”

What do you make of Ben Askren’s assessment of Sean O’Malley’s UFC 252 loss?